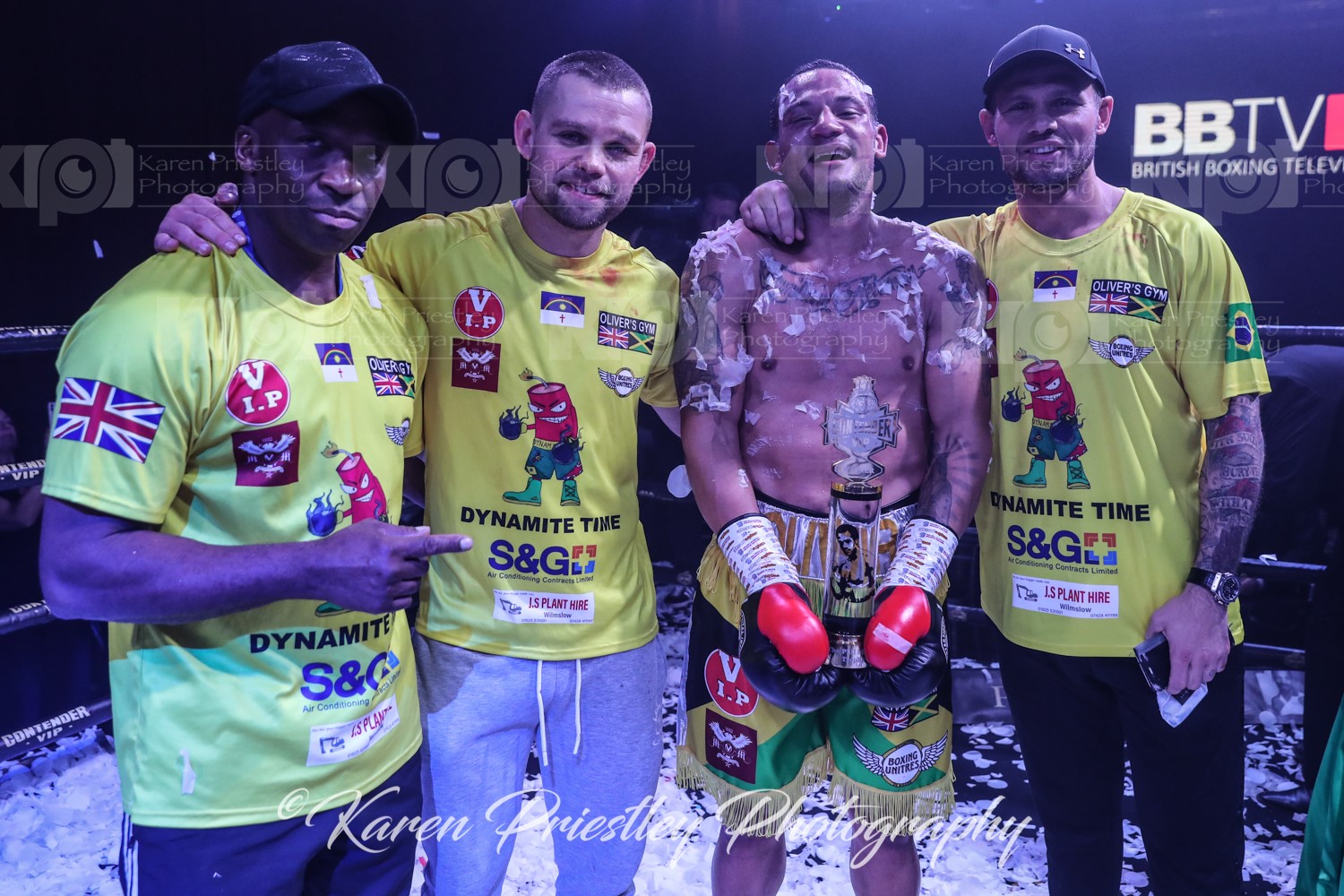 All too often in boxing does a fight shrouded in hype and anticipation fail to live up to it, however when Boris ‘Blade’ Crighton clashed with Diego ‘Dynamite’ Costa at the Hilton in Manchester this was far from the case.

The inaugural Contender VIP final brought together the two unbeaten power punchers, who produced an exhilarating contest culminating in the fourth round when Costa landed a plethora powerful shots on his way to a spectacular stoppage victory.

The opening two rounds of the bout were controlled by Aberdeen’s Crighton, who managed to find a home for his authoritative jab as he frustrated Costa, who was missing with concerning regularity.

Nonetheless, the sheer desire and determination of Costa never wilted as the Brazilian was unwavering in pursuit of  his taller opponent, closing the distance and having greater success in a third round that indicated the tide of the bout was turning.

Crighton looked to regain his dominance at the start of the fourth, landing a variety of powerful rights and lefts that despite connecting cleanly failed to hinder the progress of his Manchester-based counterpart.

Reaping the rewards of his resilience, Costa’s breakthrough came at the end of the fourth, when a trio of crisp right hands sent Crighton clattering to the canvas. The 26-year-old just managed to beat the count, before Costa unleashed a final sinister flurry which dropped Crighton for a second time and caused the referee to step in and save him from further punishment.

At the bout’s conclusion the 33-year-old was awash with emotion, embracing his close-knit team, who he was keen to heap praise on in his post-fight interview.

Speaking to BBTV he emphasised the importance of closing the gap and neutralising Crighton’s range, stating: “I knew it was going to be a difficult fight, he was slipping a lot of shots and he hit with me with good countershots, I had to find a moment to put the pressure on and catch him with a clean shot, and the moment I had this, I knew I had him.

“I always find a way to win, this is what it is, this is boxing, the fight is not over, you never know who is going to win, just like Meldrick Taylor against Julio César Chávez. I knew he was really feeling every single shot I was landing, I could tell in his face he was hurting.”

Opening up on just how turbulent his journey has been, Costa continued: “When I met Martin (Murray), I had no opportunities I was just struggling to live my dream and be a boxer, he gave me the opportunity and everything changed at that moment. It means so much to me, because for many years I was suffering and struggling, so this is a glorious day that I will hold close to me for a long time.”

On a night paying tribute to the memory of Manchester boxing icon Phil Martin, it was fitting that the card featured some of the city’s most exciting prospects, including Anthony Crolla protege Jake James, who remained undefeated with his seventh consecutive victory in the paid ranks.

James didn’t let a hand injury in the second round hamper his progress as he landed quality work from long range on his way to a convincing points win over the gritty Josue Bendana.

‘Ruthless’ Ryan Doyle also ended the year with a win, as he turned over against the veteran Ibrar Riyaz. The former Commonwealth Champion emphasised after the fight that in 2020 he is once again looking to mix with the elite featherweights in Britain.

In a scrappy but engaging encounter, Sweden’s Ahmed Rossi outpointed Ireland’s Jay Byrne over six rounds as both fighters forced each other to dig deep and exchanged heavy artillery at close quarters.

As the contest became increasingly gruelling, the referee was forced to deduct points from both fighters, as they sought to gain an advantage on the inside.

Despite the decision being relatively comfortable, the Irishman’s determination to turn it into a brawl meant the Swedish Super-Welterweight champion was forced to work extremely hard to maintain his undefeated record.

Returning to the scene of his first defeat just three months ago, Jermaine Springer got back to winning ways, with a hard fought performance over experienced southpaw Darryl Sharp. After his win, the Bradford light heavyweight revealed he’s happy with his progress in 2019, both as a fighter and a person and is eyeing a rematch with former foe Crighton further down the line.

Also looking ahead to a big 2020 is ‘The Teflon John’ John Telford, who was meant to take on Kyle Lomotey in the Contender VIP Middleweight Final, before a difference in Lomotey’s brain scan led to the eagerly anticipated bout being delayed.

Telford stayed busy with a solid points win over Lewis van Poetsch on Saturday evening, maintaining his discipline to keep the fight at range and ensure he concludes the year successfully.

The show opened with Jimmy First prevailing over Jamie Quinn in an enjoyable four round battle. The 38-year-old exhibited an excellent gas tank, hammering home emphatic punches to the body as won every round against the spirited Quinn.

WATCH ALL POST FIGHT INTERVIEWS AND FULL SHOW ON OUR CHANNEL.