Carl ‘The Cat’ Thompson: “I left my job to become a world champion and that toughened my mentality” 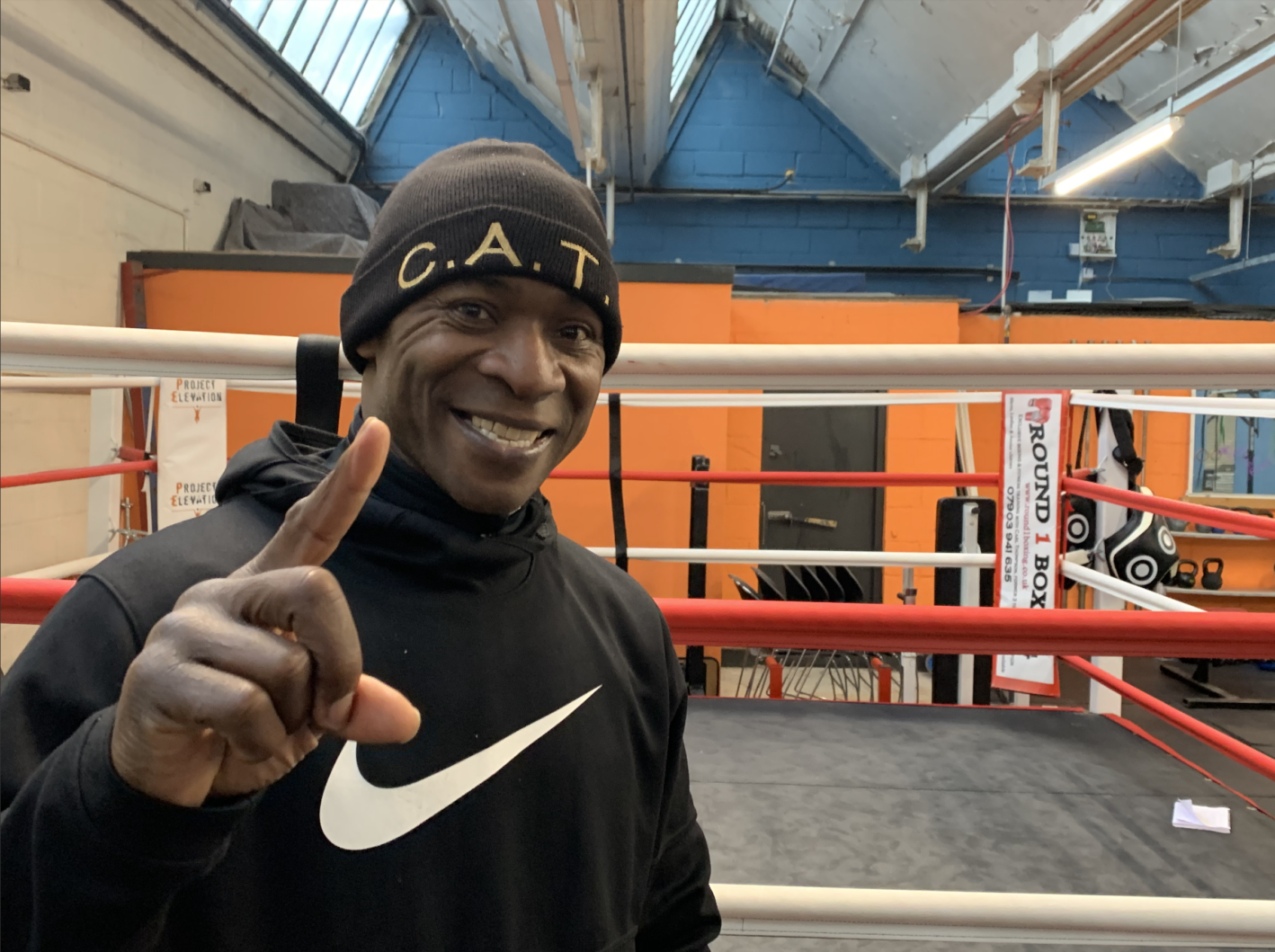 The quiet and unassuming nature of former cruiserweight king, Carl ‘The Cat’ Thompson is almost enough to deceive you into forgetting just how ferocious he was during his 17 year career.

Thompson’s amiable and welcoming nature isn’t the only thing he has transcended into his life after boxing, the 55-year-old has also maintained a passion for fitness and despite steering clear of becoming a coach, he now utilises his experience and expertise as a personal trainer.

Speaking to BBTV’s Chris Maylett, Thompson exuberantly emphasised ‘exercise, it keeps you young’, as he smiled and glanced around his Bolton base, which marries together the unmistakable aura of an old school boxing club with a modern fitness gym.

When asked what he misses most about the sport, Thompson revealed: “I don’t miss it, I don’t miss being a boxer and I never thrived on the fame, that was another lifetime, let’s get on with the next chapter of my life, because honestly I don’t miss boxing at all.”

In spite of his instance on avoiding being at all sentimental about his career, his pride over the way he handled himself as a fighter is justifiably evident: “I hope they look back on me as a tough fighter, I wouldn’t say I was the most talented but I had the heart of a champion.

“If you were coming to watch Carl Thompson you knew you were going to see a fight. I’d like to be remembered that way. I’d like to think I was one of the true champions.”

Throughout his career, Thompson was synonymous with unwavering levels of fortitude and desire, his sheer determination and refusal to quit was never more evident than in his penultimate fight as he conquered the feared future world heavyweight champion, David Haye.

Reflecting on the exhilarating bout, he highlighted the fact that Haye and his other former foe Johnny Nelson shied away from a rematch as being further evidence of how daunting he was as an opponent.

In spite of having the odds stacked against him on the night, the former cruiserweight king didn’t believe his victory over Haye was his best performance, instead that came seven years earlier: “My best performance was to win the WBO belt in Ralf Rocchigiani’s backyard in Hannover, Germany, instead of getting into a war I boxed.”

Although he looked back on utilising his boxing ability with significant gratification, being assured that when he drew his opponent into a battle of toughness he would win was clearly something that gave him real fulfilment.

The Bolton fighter cited a sheer hatred of losing as being a key reason for the toughness and ability to overcome adversity that he was associated with in his career. He exclaimed: “It’s very lonely when you get beat, you’re in a different place, unfortunately I got beat in three early fights.”

He continued: “You’ve left your job and you have this ambition that you want to be a world champion, I cried as this wasn’t what I’d set out to do, but these three fights they hardened me and conditioned me, because I didn’t leave my job to become a journeyman.

“I left my job to become a world champion and to make some money and that toughened my mentality.”

VIDEO: WATCH The Full Interview with Carl ‘The Cat’ Thompson