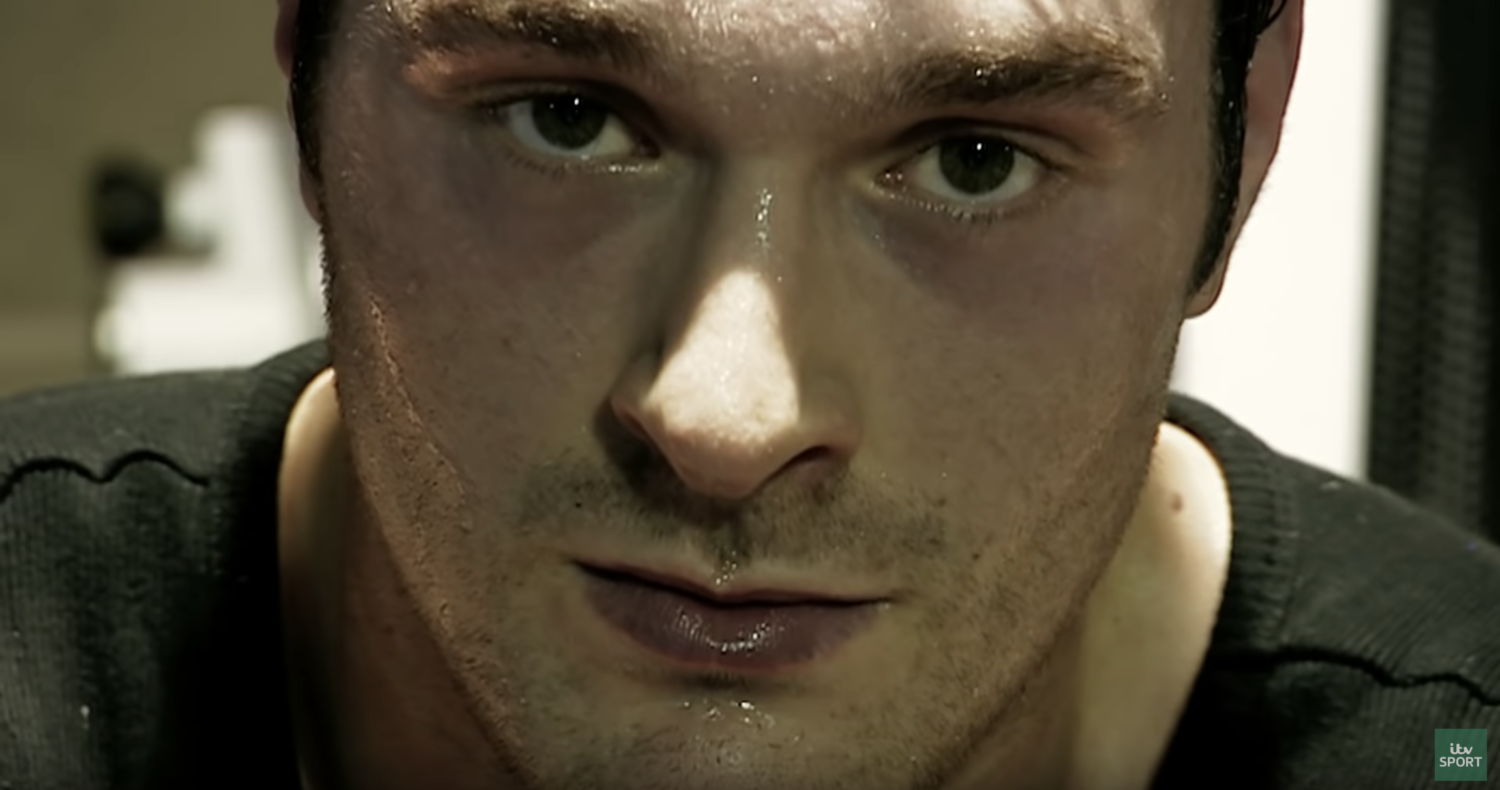 Tyson Fury was always destined to be a fighter, coming from a family of bare knuckle champions and pro boxers, his dad John Fury being one, his story was written and prophesied from birth, when dad named him ‘Tyson’ after his favourite boxer Iron Mike.

On Saturday night Fury headlines in Las Vegas as he attempts to regain the heavyweight championship of the world in a rematch with feared big punching American Deontay Wilder and the ‘Gypsy King’ always knew he would get to the top of the sport.

Back in 2009, six years before he defeated Wladimir Klitschko to become Heavyweight Champion of the world, Tyson and his dad were was visited by the ITV Sport cameras as he prepared for his second pro fight against German Marcel Zeller.

Coming off the back of winning the ABA title with Steve (pic with Tyson above) and Sean Egan at Jimmy Egans Boxing Academy, Fury entered the pro ranks and has since gone on to achieve his dreams and visions.

In this fascinating insight to a young humble a somewhat shy Tyson Fury, his family life, before he became the super star he is today and we get to see how the journey started for the travelling man from Manchester.

You may also like this interview we did with Tyson Fury in 2012 as he predicts a win over Klitschko!

Includes his thoughts on:

Aug 2012: We visited world heavyweight contender Tyson Fury this week at his Cheshire gym, which is situated on the outskirts of Manchester on the caravan site owned by his uncle and trainer Peter Fury.

The team had just flew back from their temporary training base in Belgium, where Tyson as been locked away in his forest based accommodation in the European countryside, where he is enjoying the most settled and successful training camp of his 19 fight professional career.

The 6′ 9″ Manchester heavyweight admits to not taking his career serious in the past and says he has gone into fights out of condition, mentally unprepared and sometimes as much as 3 stone over weight. In-between fights he says he has ballooned over 23 stone, and has had to lose up to six and half stone in the past before he could even start to train for a fight.

Despite his lack of commitment and admitting that he could easily have lost some of his past encounters. He has managed to remain unbeaten, winning the English, Irish, British and Commonwealth titles along the way and is the current WBO Inter-Continental heavyweight champion, such is his will and determination to just win a fight at all costs.

Tyson says he is only now just learning to throw a proper jab and his coach uncle Peter told me the reason he ordered Tyson to fight southpaw against Martin Rogan in April for the Irish title, is because he felt his left jab wasn’t strong enough. But since then they have worked tirelessly on his jab and movement and have gone back to the basic fundamentals of boxing, that he says he has neglected since the amateurs.

Once referred to has the biggest mouth in boxing after he was being guided by PR Guru Max Clifford at the start of his career. Tyson was expected to fill newspapers and magazine columns, such was the plan to get him in the public eye and build his profile. He looks back on that period and some of the things he said and was encouraged to say, including his harsh words directed towards the heavyweight kings, the Klitschko brothers.

These days you wont find that young kid with a mouth as big as his fist. Now 24 he is maturing into a well grounded man. His ring and life experiences have up to now have defined him and molded him into a much more reserved character and one who now shuns the press demands, celebrity parties and the boozy nights out and looks back on the merry go round of his earlier career with an haze of embarrassment.

“If I can go 19 fights unbeaten, with 14 knockouts and not even be in proper shape, win the British and Commonwealth belts, imagine what I will do now I’m taking it seriously, training, eating and living the life.” – Tyson Fury

Tyson knows he doesn’t have to sell himself to get people to watch him fight. His fights are getting big views on Channel 5 and he believes that because he always gives value for money and gives his all, his boxing will now speak for him.

He is settled with Peter his trainer they have a close relationship and he has a strong family unit behind him. He is married with two children and is now living, sleeping and breathing boxing.

He trains 3 times a day, eats correctly and is determined to not let his natural talents and ability go to waste, the news Tyson Fury fans will be glad to hear! His next fight will be against former WBA world champion Ruslan Chagaev in November, a fight that is a big step up for Tyson. Chagaev is world ranked. He has been beaten only twice in 32 fights and that was against Wladimir Klitschko and Alexander Povetkin in world title fights.

In this in depth interview with Tyson Fury by Chris Maylett, he goes back to his boxing roots and talks about how he first started boxing. Destined to fight, his first battle was for life, when he was born 7 weeks premature and died 3 times in hospital, before pulling through against all the odds.

His Dad Gypsy John Fury a former professional boxer himself, called the little fighter Tyson after his favorite boxer Iron Mike, who had just demolished Michael Spinks in a round to claim his place as the undisputed heavyweight champion of the world. In this frank and honest Interview with Tyson he takes us back to the beginning, where it all started and his journey to get to where he is now and his hopes and aspirations for his future!