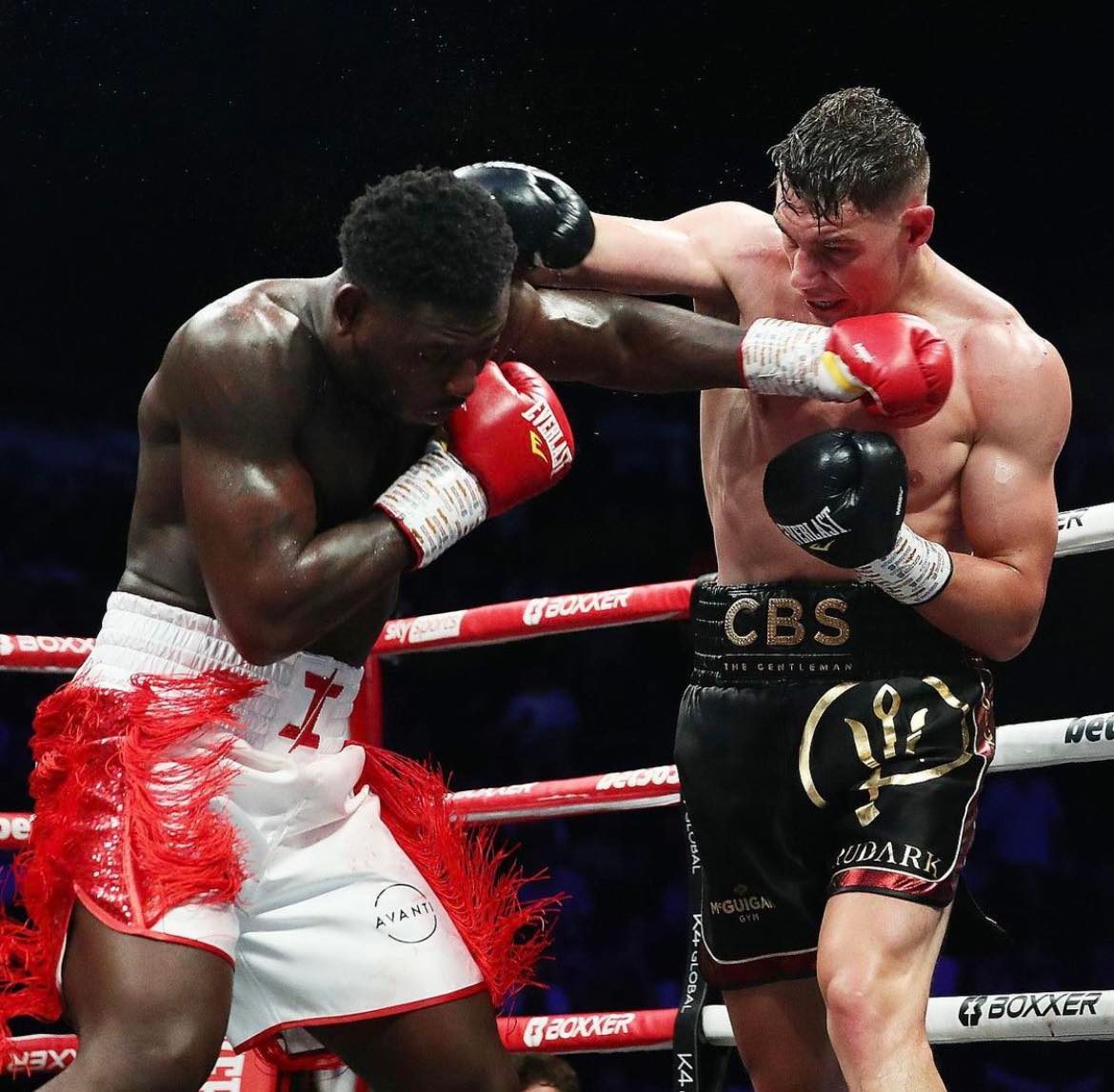 Opinions were split heading into the bout and, while Billam-Smith ran out a comfortable winner on the cards (with all three judges finding him a 117-111 victor), Chamberlain more than played his part and was more than competitive throughout. It was the relentless pressure of the home man that seemed to edge a lot of the rounds on the night his way, and while Chamberlain enjoyed spells of success with his jab, it wasn’t enough to prevent the defending champion from closing the gap and letting his hands go on the ropes. Both men landed big shots on the night and were no doubt hurt multiple times throughout the evening in a fight of the year contender for 2022, marking another coming together of two of Britain’s bigger names at cruiserweight on the domestic scene.

While it is ‘CBS’ who walks away with his titles intact and low looks towards securing a shot at world honours, Chamberlain can hardly be described as a loser and will no doubt come again. Interestingly, Dean Longeran, who promotes newly crowned cruiserweight world champion Jai Opetaia, was sat ringside and told Sky Sports’ ‘Toe2Toe Podcast’ that he is open to matching his fighter with the winner of Saturday’s bout once Opetaia recovers from the double fractures he sustained in his upset victory over Mairis Breidis. A potential rematch with Richard Riakporhe is also on the cards for Billam-Smith following his defeat to the Crystal Palace man three years ago, which remains his only loss as a professional to date. Riakporhe was on punditry duty for Sky on Saturday.

Professional debutant Ben Whittaker hardly disappointed in a dazzling two-round performance versus a frustrated Greg O’Neill in the chief support. The Tokyo 2020 light-heavyweight silver medalist is well-known for his charismatic personality and supreme self-confidence which was on full display as he seamlessly broke O’Neill down in spiteful fashion. The away man was quickly annoyed by the flashy behaviour of the Birmingham man, lashing out after referee Mark Lyson called for the pair to break in the first, as he found it impossible to tie his opponent down and land blows of his own. The ending came in the opening twenty seconds of the second round with a sharp, pin-point one-two landing clean on the Sunderland man’s temple and it quickly became apparent he would be unable to continue as he lay dazed, flat on his back. While the persona of Whittaker will no doubt irritate plenty of onlookers, his ability and potential remain clear for all to see and it is easy to see why many are already likening him to Prince Naseem-Hamed.

Whittaker’s Tokyo 2020 teammates Caroline Dubois and Frazer Clarke both extended their undefeated records with early stoppages on the South Coast. Dubois halted Happy Daudi in the opening minute of the third round in their six-round lightweight contest, while Clarke put away the rugged Argentine heavyweight Ariel Bracamonte with a sharp left-hook in the second session. Hassan Azim secured his fourth victory in as many outings with a six-round points victory over Jacob Quinn. Azim flew out of the blocks in the first, bundling Quinn to the canvas inside the opening session but Quinn somehow hung in there to survive a brutal round despite taking several damaging blows to the head. The onslaught looked to have emptied the tank for Azim however who had to dig in towards the end to summon the energy required to see out the fight out in what will no doubt prove a valuable early lesson for the twenty-one-year-old welterweight. Joe Pigford secured a third-round stoppage of Raphael King in their super-welterweight contest.

Further down the card, cruiserweight Mikael Lawal picked up his tenth stoppage in sixteen outings as he blasted through Crispulo Andino inside two rounds. 147-pounder Stephen McKenna followed suit, also winning inside two, to bag his eleventh win inside the distance in twelve fights. Super-welterweight Lee Cutler also edged past Meshack Mwankemwa over six.