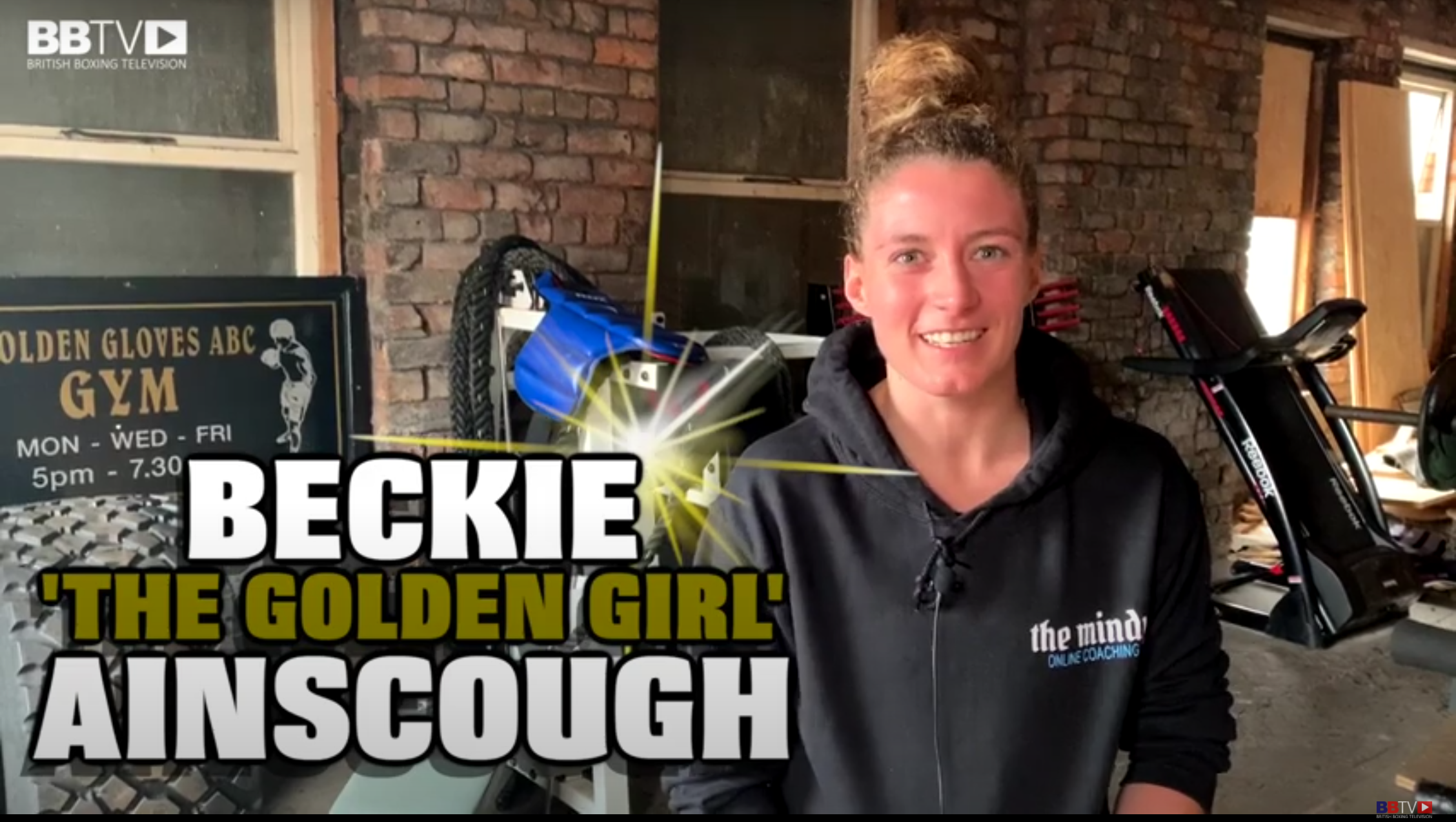 Coach Wayne Smith lauded her work ethic and eagerness to learn, two traits that former MMA fighter Beckie Ainscough is counting on as she eyes a big future in boxing.

The Liverpool fighter is thriving at the Golden Gloves Gym, as she transcends skills she developed it MMA, into the sport of boxing, a venture she emphasised has always been a desire for her.

Following a typically tough session at the gym, she reflected on her unique journey: “I was at the point in my career where I was literally giving up, I didn’t want to do it anymore and nothing was going right for me, I was having the craziest of injuries one after another.

“So, last-minute one of my coaches put my name forward for a TV show in South Africa and I’d just been ill, after like two years of illness and I knew I hadn’t recovered but I thought it’s an opportunity of a lifetime.

“When I got there, we got put into teams like ‘The Ultimate Fighter’, one team was all strawweights and the other all bantamweights, so it was a bit naughty. But, it was an experience that changed my life really.

“Once I was there and I was around the other pro females and I realised what level I was at, I was like ‘yeah this is what I wanna be doing, this is something I wanna do, I just need to fix my environment and fix my body.”

TOMMY DIX ON FURY-USYK AND JOSHUA STEP ASIDE OPTION