Is a clash between Luke Campbell and Ryan Garcia really looming? 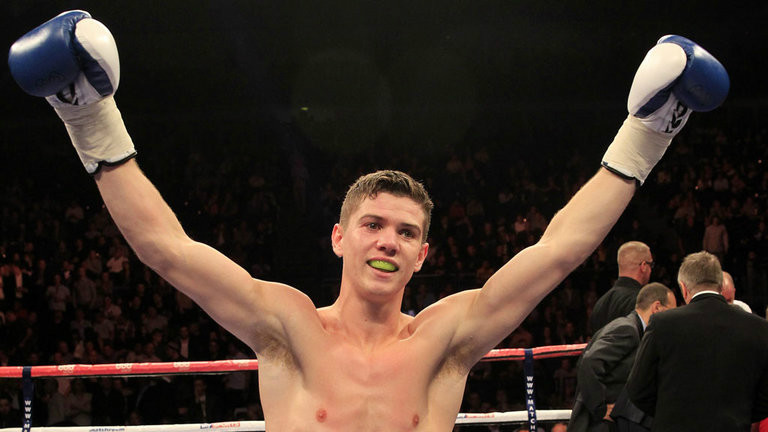 ‘Coolhand’ Luke Campbell could be set for a huge clash with Ryan Garcia after it was announced that his previously touted opponent Javier Fortuna will meet Jorge Linares on August 28.

According to Campbell’s promoter Eddie Hearn, a bout between the Hull fighter and the 21-year-old Golden Boy prospect has been ordered by the WBC for the interim lightweight title.

The potential bout would not only elevate the winner’s stardom significantly, but it would also bring the talent stacked lightweight division a step closer to clarity.

Lightweight king, Vasiliy Lomachenko strengthened his position as the top dog in the division, capturing the WBC title against Campbell, adding it to the WBA and WBO titles he already owns.

Following the victory, the Ukrainian was upgraded to ‘franchise champion’, which meant that Matchroom’s Devin Haney was made champion. Haney has been ruled out for the foreseeable future, which has now led to the WBC pushing for a clash between highly ranked contenders, Campbell and Garcia.

Whilst Lomachenko is widely regarded as the top lightweight in the world if Hull’s former olympian could defeat Garcia, then his stature as world champion would be unquestionable.

Hearn’s announcement that the fight had been ordered led to much scepticism over whether it would actually come to fruition, however, both Garcia and Campbell have used Twitter to express their eagerness for the bout.

Furthermore, after his impressive opening round stoppage of Francisco Fonseca, it seemed likely that next in line for Garcia was Jorge Linares, who also earnt a win on the same night. Nonetheless, with Linare now taking on Fortuna it seemingly opens up a potential bout with Campbell.

Further heightening that the fight could happen, Garcia stated on Twitter: “I’m finally getting to fight a southpaw my favorite fighters to fight! Bring it on luke Campbell.”

Meanwhile, Hearn tweeted: “With Fortuna pulling out of the Luke Campbell fight, we have just been notified that the WBC have ordered Campbell v Ryan Garcia. Great fight!”

The event is unlikely to take behind closed doors, given the fanbase of Garcia, however, which means the fight could be scheduled for the final quarter of 2020 if it is to take place.

JAMES 'BUDDY' MCGIRT: 2 TIME WORLD CHAMP ON BEING A TRAINER & WORKING WITH CALLUM SMITH IN LIVERPOOL
«
Prev
1
/
147
Next
»