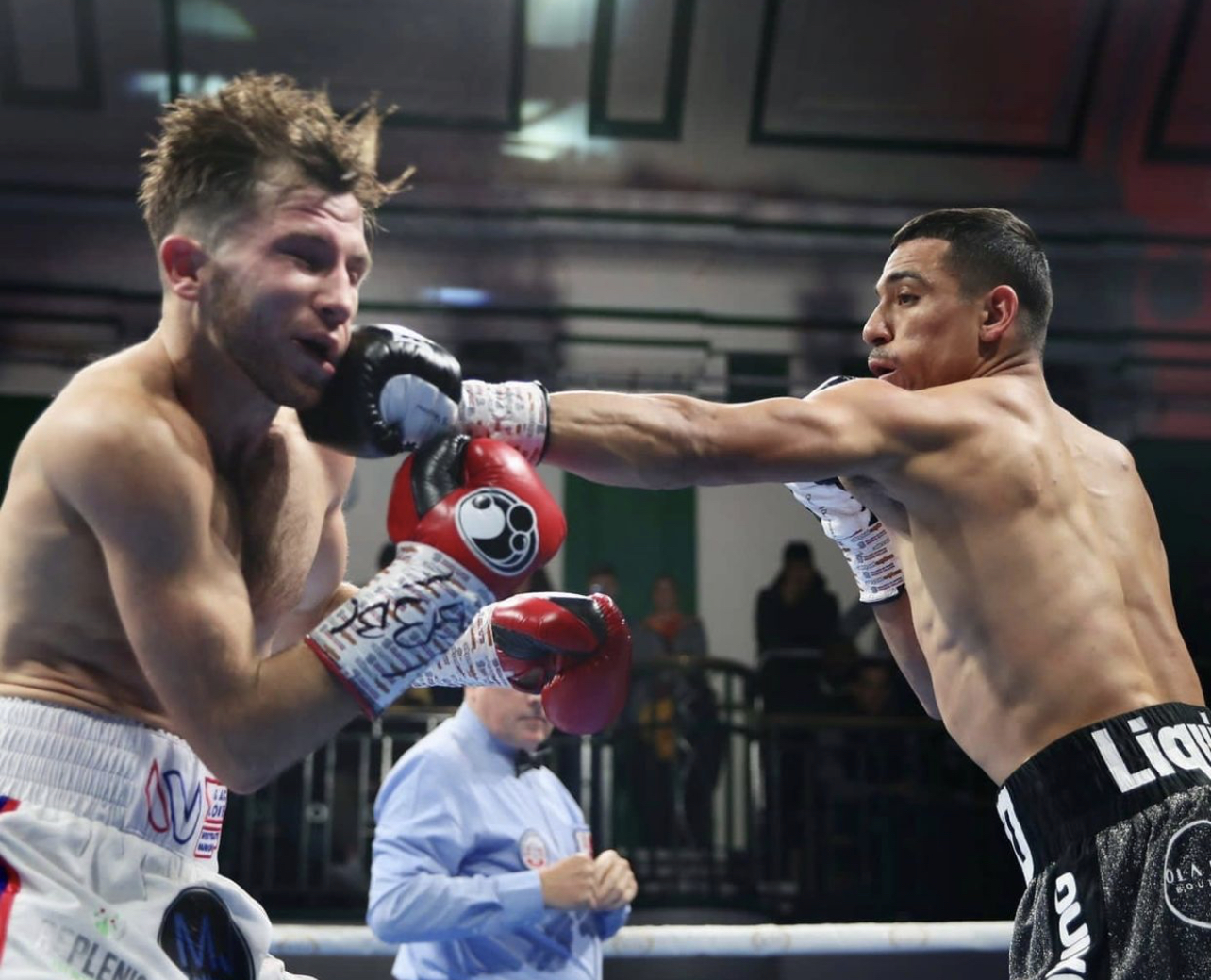 Charlie Edwards is back! Hoping to land the big names at bantamweight in 2022.

Bethnal Green’s York Hall witnessed yet another Mexican fighter upsetting the applecart at the expense of a Brit, with Luis Alberto Lopez blowing through Isaac Lowe inside seven rounds. The victory sees Lopez now in prime position for a shot at the IBF featherweight title, his clash with Lowe being a final eliminator for the belt held by Spain’s Kiko Martinez following his shock knockout over Kid Galahad in November.

Lopez did not need long to plant his authority on the Morecambe man, a monstrous left hook sending Lowe to the canvas inside the opening fifteen seconds. Lowe quickly climbed to his feet and another left hook from the Mexican glanced across his chin before the pair engaged with flurries of hooks on the inside. This time a right hand of Lowe appeared to stagger Lopez, Lowe displaying phenomenal heart and courage with zero reluctance to take a backward step as he sought to avenge his early knockdown. The pair constantly took turns in letting their hands go with flurries of hooks behind a range finding jab, Lowe enjoying success in the second half of the round with the straight right hand down the middle. A one-two from Lopez again appeared to wound Lowe with just over a minute left of an opening round which was fought at a hellacious pace. Lowe rocked the chin of Lopez with a solid left hook before the bell sounded to signal the end of the round.

The second saw the pair pick up exactly where they left off in the first, but Isaac Lowe again found himself on the canvas, this time a heavier knockdown as a result of a big right hand on the counter, with Lowe attempting to jab at the chin of the erratic but effective Mexican. Lowe remained undeterred, throwing one-twos and hooks at Lopez, rocking his chin with a great right hand followed by a flurry of left hooks. Lopez responded later in the round with wild hooks which sailed past the head of Lowe who sought to tie him up for some momentary respite. The third saw more wild throws from Lopez but the sheer volume of shots he threw was proving problematic at times for Lowe, but the Lancashire man managed to find a solid right hand over the top at the midway point.

It was Lowe’s best round so far in that he’d managed to stay on his feet for the entirety, mainly due to his much better lateral movement than he had shown in the previous two, though Lopez remained an imminent threat, regularly throwing barrages of shots on the inside. Lowe continued to show a great chin in the fourth but was playing a dangerous game trying to counter a man who had already put him down twice. The greater volume from Lowe arguably won him the round, but again Lopez was more than competitive with good work on the inside. The pair exchanged punishing blows in the fifth and sixth, Lowe perhaps fighting down to the level of Lopez by standing in front and looking to exchange when moving his feet may allow him to evade much more of what was coming his way. Lopez appeared to be out landing Lowe now, who was standing in the pocket for far too long.

Lowe enjoyed some success in the first half of the seventh and appeared to be growing more comfortable with the power of Lopez but needed to earn the respect of the Mexican to prevent his constant coming forward and closing the distance on the inside. The big moment however came with under a minute remaining, Lopez throwing a brutal left hook to the body on the inside which immediately stopped Lowe in his tracks, and further hooks brushed the head of Lowe as he was on his way down to the canvas. He was badly hurt, and referee Marcus McDonnell waved his arms to signal the end of the fight.

It is the first defeat of Isaac Lowe’s career, his record now standing at 21-1-3, and Lopez will now seemingly challenge for the IBF title. Exactly when will depend on whether a rematch between the champion Martinez and Kid Galahad will take place, but Lopez demonstrated dangerous power throughout and will be a handful for many.

Following Lowe’s defeat, the night ended with super-welterweight Carl Fail obtaining the third victory in as many fights with a comfortable points victory over Spain’s Jose Manuel Lopez Clavero. Fail sent Clavero to the canvas in the final moments of the opening round with a right hook to the head of the Spaniard and was comfortable throughout in his third pro fight.

Former WBC Flyweight champion Charlie Edwards made his first return to the ring in fifteen months in his second fight at bantamweight. In the opposite corner lay Jacob Barreto, who entered the ring with a record of 13-3 respectively. Edwards settled into the fight quickly with Joe Gallagher in his corner for the first time, displaying a precise southpaw jab. The second saw Edwards land solid left hooks to the head of Barreto, also knocking back the head of the Spaniard with stabbing jabs. Another left hook this time crashes against the chin of Barreto, immediately sending him to the canvas. He failed to make the count and the bout is waved off. It was an impressive return to the ring for Edwards who will hope to land the big names at bantamweight in 2022.

Welterweight Elliot Whale emerged victorious over six rounds against the tough but limited Czech Miroslav Serban. Whale fought well out of the southpaw stance, demonstrating great punch variety throughout, regularly following up a precise jab with hooks to head and body. Serban showed willingness and heart, often throwing hooks of his own but most sailed through the air as the lateral movement of Whale proved too difficult for Serban to pin him down. Whale now moves to 5-0 as a pro.

140lb prospect Shiloh Defreitas ran out for the second time in his professional career against journeyman Dario Borosa who despite sixteen defeats had only been stopped twice so far. Defreitas began the fight mixing up the jab to both head and body, also throwing a combination of left and right hooks downstairs which he quickly followed up with a solid left uppercut. A hard left hook to the body of Borosa left the Croatian on his knee with a minute of the opening round remaining. Upon the restart, Defreitas this time rocked the chin of Borosa with a left uppercut and right hook combination which was again followed by a left hook to the body which left Borosa on the canvas. Referee Lee Every immediately waved the fight off, with Defreitas securing his second knockout in as many fights. The charisma of Defreitas shone through in the post-fight interview, looking comfortable in front of a camera both inside and outside of the ring, saying he aims to have around between six and eight fights before he starts looking for titles.

Four-time ABA champion Nina Hughes made her professional debut at welterweight on Friday, facing off against the experienced Claudia Ferenczi who entered the ring with a record of 20-86-8 respectively. Hughes immediately found her range in the opening session, taking the centre of the ring and picking her shots well. The right hand down the middle followed by the left hook to the body proved successful in the second, with Ferenczi looking tired already. The Slovakian displayed incredible courage and toughness throughout the bout however, continuing to come forward despite the sharp hooks which regularly crashed against her temple. Hughes often occupied Ferenczi by dangling the jab, distracting her from the oncoming barrages of hooks which would land both upstairs and down. A left hook appeared to rock Ferenczi on the final bell, with Hughes running out a comfortable winner by a score of 60-54 in an impressive professional debut.