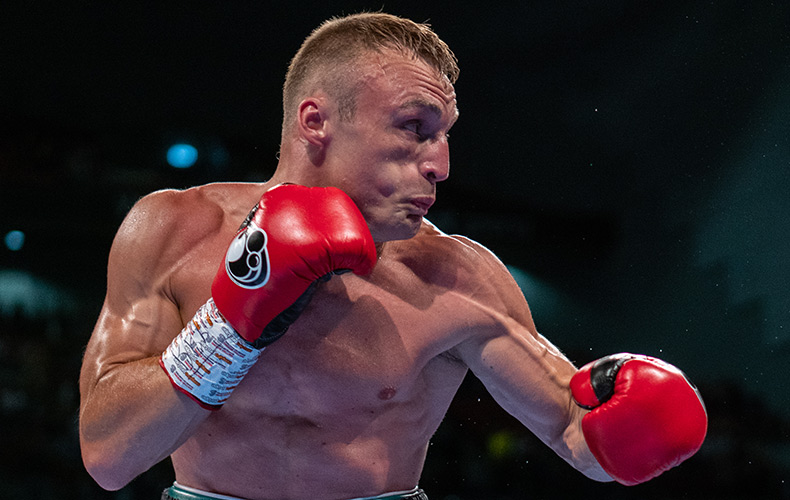 Eddie Hearn’s Matchroom Boxing and DAZN have announced their Spain and Italian line-ups for April and May, featuring Liverpool’s JJ Metcalf [21-2-0] facing off against Bilbao’s super-welterweight king in Kerman Lejarraga [34-2-0].

On 20th May, the Bilbao Arena will see the Spaniard take on a third Brit in four fights as Metcalf seeks to get back to winning ways following defeats to Kieron Conway and Ted Cheeseman in his previous two bouts. The event will conclude the four-pronged European schedule announced by DAZN and Matchroom, with the undercard still to be confirmed at the time of writing.

On April 1st, in his home city of Barcelona, Sandor Martin[39-2-0] challenges Mexico’s Jose Felix [39-5-1] following his huge upset victory over Mikey Garcia in October, scheduled to go the ten-round distance. The undercard sees another Liverpool v Spain clash with Tom Farrell [20-5-0] jumping in with Cataluna’s undefeated super-lightweight Alejandro Moya [15-0-0]. Farrell was defeated last time out in the final of BOXXER’s super-lightweight final tournament at Liverpool’s M&S Bank Arena by split-decision at the hand of Cori Gibbs, while Moya had his hand raised following after a unanimous victory over Damian Leonardo Yapurrespectively. Moya has fought no real opponent of note but has won ten of his fifteen victories by knockout. The card will also see Croatia’s Hrvoje Sep [11-0-0] step in with RicardsBolotniks [18-6-1] at 175lbs.

Three weeks later, this time in Piemonte, Italy, the Palazzo Dello Sport plays host to Italian Ivan Zucco [15-0-0] challenging Serbia’s Marko Nikolic [28-1-0] at super-middleweight over ten rounds.. Further down the card, Wales’ Tony Dixon [13-3-0] steps in with Italian Mirko Natalizi [11-0-0] at 154lbs, also scheduled for ten. One of the many lesser WBC trinkets will be on the line, marking a good opportunity for the Welshman to obtain a high ranking with a major governing body. Birmingham’s Kane Baker [17-8-1] is also scheduled to clash with Italy’s Francesco Grandelli [15-1-2] over ten rounds.

The second Italian show in the schedule will go ahead on May 13th, this time in Milan, headlined by an all-Italian clash in the super-middleweight division with Daniele Scardina [20-0-0] and Lazio’s Giovanni De Carolis [29-10-1] going head-to-head for Italian bragging rights. The undercard features Vincenzo La Femina [10-0-0] and Matteo Lecca [9-2-0] challenging for the vacant Italian title at super-bantamweight, as well as Mary Romero’s [7-2-0] second defence of her EBU super-bantamweight title against Maria Cecchi [6-0-0].