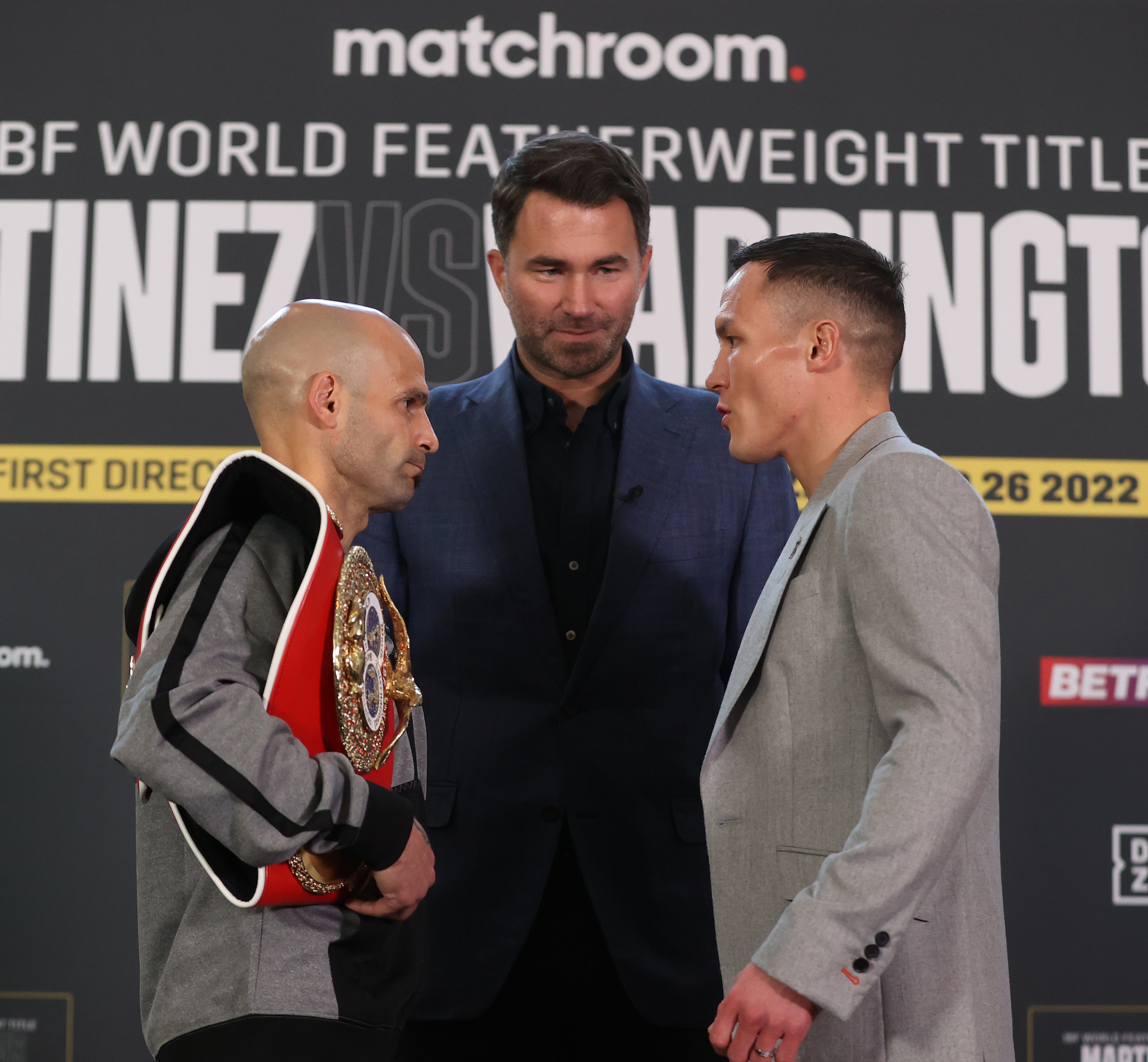 The First Direct Arena in Leeds will play host to a rematch between Spain’s Kiko Martinez (43-10-2) and home fighter Josh Warrington (30-1-1) on Saturday night, the pair clashing back in 2017 where Warrington ended the night with his hand raised on the cards via majority decision. A year later, ‘the Leeds Warrior’ picked up the IBF strap against Lee Selby at Elland Road, successfully defended it against Carl Frampton and Kid Galahad before vacating just weeks before his first professional loss to the then unknown Mauricio Lara in February last year. A rematch was then scheduled for Headingley Stadium in Leeds only for the bout to end after two rounds due to a cut suffered by the Mexican caused by an accidental head clash, resulting in a technical draw being called.

Martinez’s story has been even more of a rollercoaster, overcoming Spanish adversary Marc Vidal in their second fight after the first ended a draw before defeats to Gary Russell Jr for the WBC title at 126lbs and to Zelfa Barrett in controversial fashion on the undercard of Warrington’s defeat to Lara which appeared to spell the end of a fine career for ‘la Sensacion’. That was until Martinez received a call inviting a challenge against the newly-crowned IBF champion Kid Galahad in Sheffield. The latter appeared to be cruising before a huge straight right hand crashed against Galahad’s chin, leaving him flat on his back at the end of the fifth. ‘Kid’ saw out the rest of the round but just moments into the sixth, the same shot put him down again and the fight was waved off, crowning Martinez world champion once again at the age of thirty-five. Fast-forward to March 2022, and both Martinez and Warrington will meet again after the champion expressed his desire to right a wrong from five years earlier, with the question of whether it will be repeat or revenge following their first rodeo.

The chief support sees another Leeds man in Maxi Hughes (24-5-2) take on thirty-five-year-old Ryan Walsh (27-3-2), scheduled for twelve rounds. Maxi upset the applecart when he defeated Ireland’s Jono Carroll out in Dubai back in August of 2020 and his career has continued to gather momentum ever since, comprehensively outboxing Mexico’s Jovanni Straffon in September last time out after the Mexican destroyed James Tennyson inside a round four months previous. Walsh meanwhile is no doubt approaching the tail-end of his career, suffering defeat to Jazza Dickens in December, 2020 but one need only look at the main event to be reminded of why you should never write off a man whose thirty-five due to the assumption that they aren’t the fighter they once were.

Further down the card, Australia’s Ebanie Bridges (7-1-0) challenges Argentine IBF bantamweight champion Maria Cecilia Roman (16-5-1) in her second attempt at world honours inside eight fights. Bridges has always provided an entertaining spectacle to say the least, while Roman has already successfully defended her title seven times though she has primarily fought out of South America. One of the best prospects in British boxing also returns this weekend, with Dalton Smith (9-0-0) taking on Ireland’s Ray Moylette (12-1-0) over ten rounds as he continues his assent towards domestic title shots. Light-heavyweight Mali Wright (1-0-1) looks to rectify the draw picked up against Luis Palmer (0-0-1) last year in just second pro outing in their rematch this Saturday. Another Australian in Skye Nicholson (1-0-0) makes her second professional outing just three weeks after her debut in America, this time against the familiar face of Bec Connolly (3-11-0) as she looks to impose herself in an already stacked 130lb division in the female code. Nicholson competed at the Tokyo 2020 Olympics last year and won Commonwealth Gold as an amateur, and will be determined to add her name to the growing list of top level fighters emerging from Oceania. Gateshead’s Calum French (1-0-0) will look to add another professional victory to the one he picked up on his debut in Liverpool at the back-end of last year, while Cory O’Regan (5-0-0) also sets his sights on a sixth professional win at 140lbs.

Matchroom Boxing promote and DAZN will televise, with the main broadcast in the UK set to begin at 19:00 GMT.