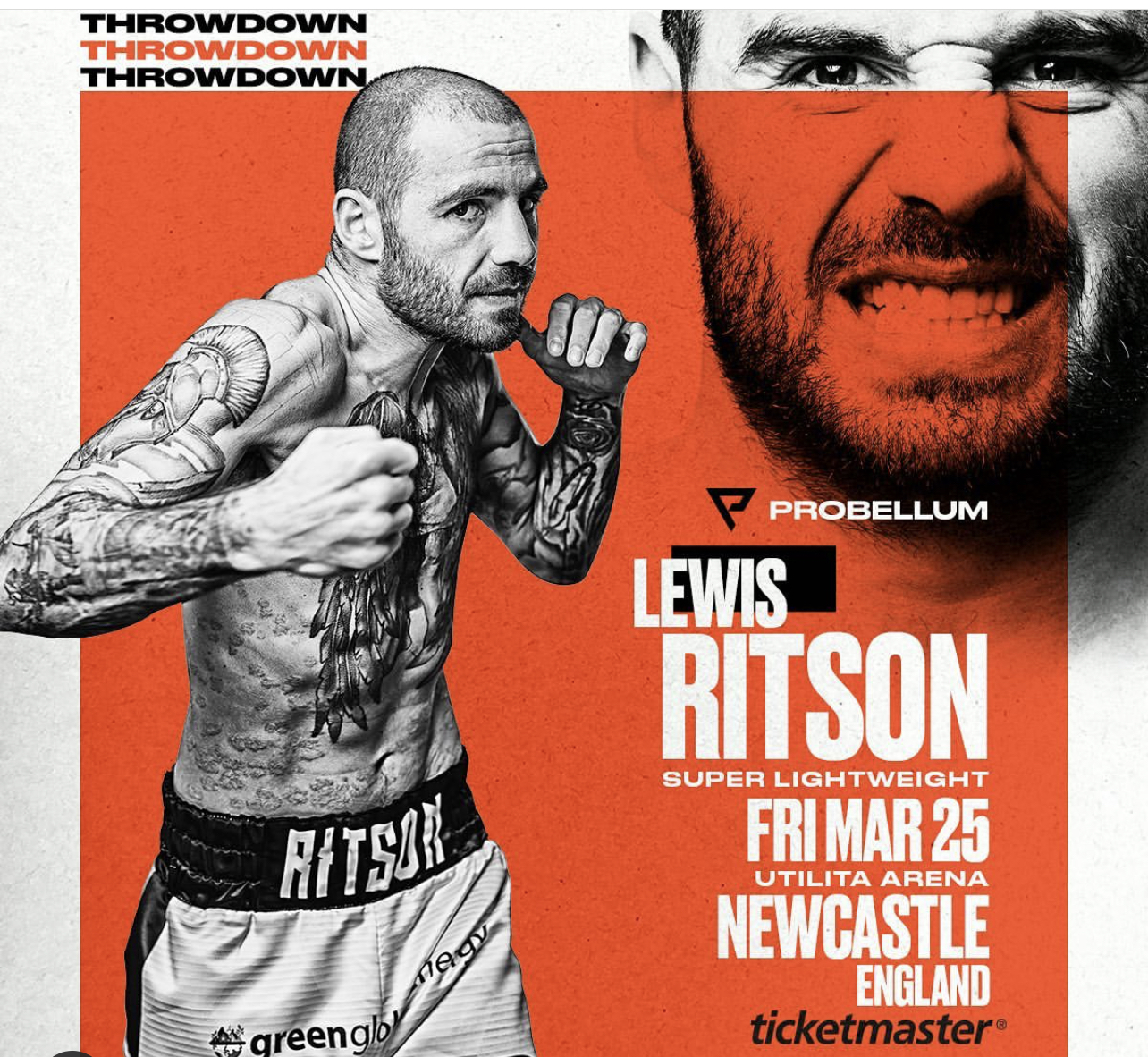 New boxing promotion Probellum have today announced the full undercard for their March 25th show in Newcastle headlined by Lewis Ritson’s clash with Dejan Zlaticanin at super-lightweight. The bout marks Ritson’s second fight since his tenth-round defeat to Jeremias Nicolas Ponce last year, this time in against a man who has previously shared a ring with Mikey Garcia and even defeated Ricky Burns via split-decision back in 2014.

Tokyo 2020 silver-medallist Pat McCormack will make his eagerly anticipated professional debut against Danny Mendoza having put pen to paper with Probellum at the start of the year. Newly-crowned British champion at 154lbs Troy Williamson attempts the first defence of his title over twelve rounds against Chester’s Mason Cartwright. Williamson snatched the British title from Ted Cheeseman in a fight of the year contender last October showing incredible heart and resilience, and will mark a big step-up at domestic level for Cartwright. Durham featherweight Thomas Patrick Ward is also set to run out over ten rounds on the 25th against Alexis Kabore. Patrick Ward is certainly one for the boxing purist, only scoring four of his thirty-one victories via stoppage, but from a technical standpoint is superb and enjoyable to watch for admirers of the noble art. Hot prospect Mark Dickinson is slated to run out for a third time after impressing massively in his first two bouts, many tipping as one of the best up and coming talents from these shores. Peter Kramer is listed as the opponent on Probellum’s Instagram account.

Further down the card, the popular ‘Benwell Bomber’ Joe Laws is set to feature in his fourth fight since the stoppage defeat to Rylan Charlton in 2020, though an opponent has not yet been confirmed. Also set to appear are Ben Rees at 175lbs, Joe Maphosa at super-flyweight, Robert Ismay at cruiserweight, Adam Cope at lightweight and Alex Farrell at super-welterweight.