Somebody’s 0 has to go! Mikael Lawal vs Deion Jumah added to Riakporhe-Turchi undercard. 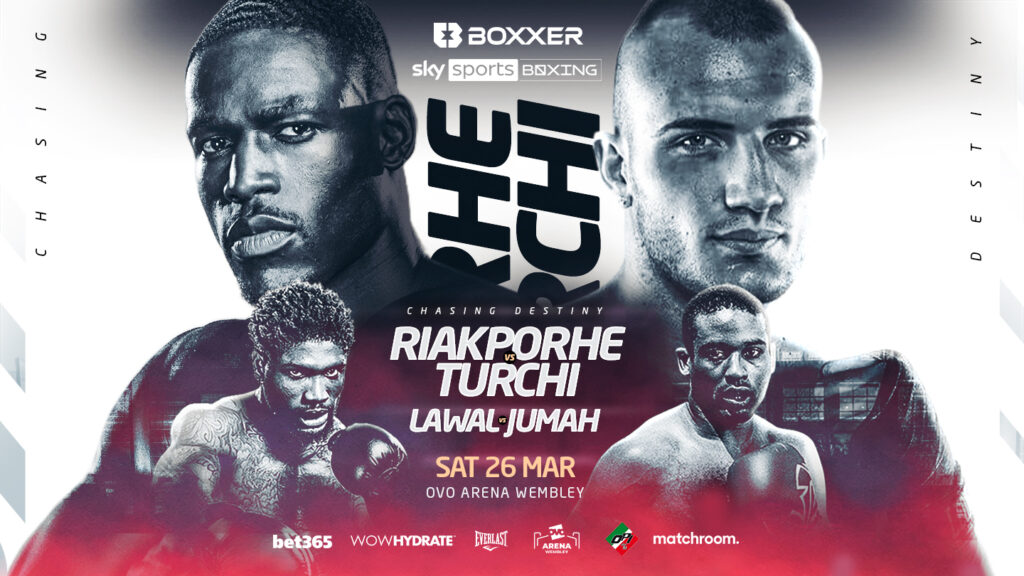 A clash between undefeated cruiserweights Mikael Lawal (15-0-0) and Deion Jumah (14-0-0) has been added to the undercard of Richard Riakporhe’s upcoming face-off against former European champion Fabio Turchi. The card is set to take place at Wembley Arena on 26th March 2022.

BOXXER and Sky Sports announced the bout via social media at midday on Thursday which will see one of Lawal and Jumah lose their so far unbeaten records as both seek to step-up at domestic level. Jumah has the strongest win of the two so far with his victory over Cheshire’s Sam Hyde, but there can be no doubting the power of Lawal, who scored another highlight-reel knockout on the undercard of Riakporhe’s last win over Olenrewaju Durodola back in November.

Welterweight Chris Kongo has also been added to the card, his opponent yet to be announced, as well as the professional debut of heavyweight Jeamie Tshikeva. Other notable names on the undercard include Caroline Dubois who walks for a second time as a pro, lightweight Adam Azim and super-middleweight Zak Chelli.