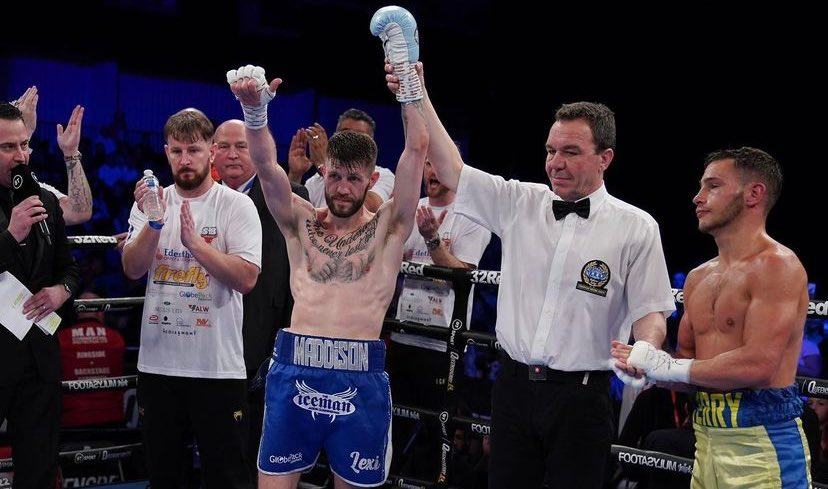 Doncaster’s Jason Cunningham halted France’s Terry Le Couviour inside six rounds to defend his European super-bantamweight title at the Telford International Centre on Saturday. The thirty-two-year-old champion forced the Frenchman to the canvas three times following hard shots to the body before Le Couviour failed to make the count at the third time of asking. The bout marked the second successful defence of the European for Cunningham, who now will surely chase a step-up again to the next level as he seeks the only belt to have evaded him so far in his professional career – a world title. Stephen Fulton Jr. and Murodjon Akhmadaliev currently share the belts at super-bantamweight.

Stoke’s ever popular middleweight Nathan Heaney picked himself off the canvas in the first round to eventually outpoint Diego Ramirez of Argentina to maintain his undefeated record. The South American landed a big looping left-hand over the top in the dying seconds of the first which forced Heaney to the canvas, but ‘the Hitman’ recovered to eventually outpoint the Argentina comfortably on the cards by scores of 98-91, 97-93 and 97-92 to defend his IBO title and continue his professional development in a bout which no doubt marked a step-up for the 160lber.

Andrew Cain of Liverpool blasted through Pablo Ariel Gomez inside twenty with a monstrous right hand to move to 9-0-0 as a professional which turned the legs of the Argentina to jelly as he stumbled across the ring, leaving referee John Latham with no choice but to wave the contest off before it had really began. Super-lightweight Ethan James maintained his undefeated record with a 78-75 points victory over Ben Fields across eight rounds, while Brad Strand assured he moved to 7-0-0 with a comfortable victory over Ally Mwerangi on John Latham’s card after six at super-bantamweight. Worcester welterweight Owen Cooper secured his sixth professional outing in as many fights with a 59-56 points victory over Richard Helm in his second fight since putting pen to paper with Queensberry a year ago. Also at 147lbs, George Davey could only draw with Serge Ambomo over six, and George Bance moved to 3-0-0 with a stoppage of Des Newton. Macualey Owen dominated against Liam Richards across four rounds on the cards, while Bradley Thompson stopped Francisco Rodriguez at flyweight.