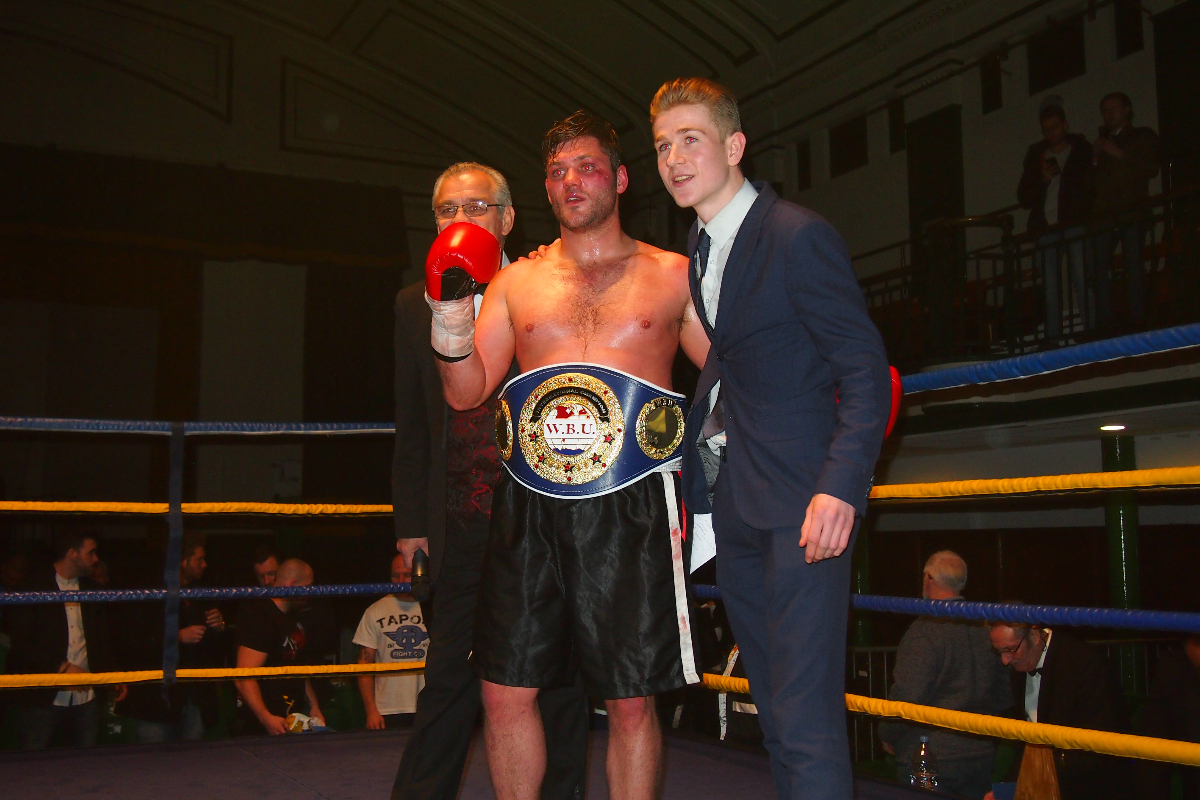 Hillyard back with a bang! York Hall Report and Pic Gallery

Shyam Batra and Billy James-Elliott’s Legends and Prospects saw Eastern European fighters suffer while home-grown talent prospered. This was an evening for comebacks, as fighters Antonio Counihan, Tasif Khan and George Hillyard settle back into their careers. Injuries and family duty have kept them from the ring, but all three came away from the evening satisfied. A modest crowd at York Hall made the fighters more than welcome, with loyal supporters drawn to London from across the country. The Ozgul brothers used the evening to push forward with their opening careers, providing the night’s tightest contests.

David Kis strolled into the ring looking relaxed, almost too relaxed for a man with a four-time losing streak to break. Solihull’s Antonio Counihan by contrast looked lithe and confident, although this was only his fifth professional bout. A modest record, but Counihan had gone undefeated in all four previous fights. He could also count on a solid Solihull army for support. There was no missing the Midlands contingent in a sparse York Hall. Kis remained far too relaxed throughout the fight. An efficient right hook from Counihan in the second round signaled the beginning of the end. Kis was on his knees at 2:15 in the third, ruled in no position to defend.

Until 2012, Bradford’s Tasif Khan had been fighting his way through Lancashire with considerable success. Injury has kept Khan from ring. Last night he bounced into the ring. Let’s Get Ready to Rumble was his anthem, and rumble he did. Voros, ranked fourth in Hungary, seemed dazed from the off. The Hungarian never gained his footing, and remained on the defensive throughout. At 2:54 in the third round Voros’ defences failed and his was laid to the canvas. The evening marked an encouraging return for Khan whose confidence never let up throughout.

Onder Ozgul and Karel Horejsek provided a long-lived, equally matched fight. Ozgul and his brother Siar have been training with Mo Hussein in Canning Town. Onder, weighing in at 12,8, and with two previous wins at York Hall came to the ring with pure confidence. The same went for Karel Horejsek, weighing in at 12,5, and with a similar fight record. In the third round, Onder was on the ropes absorbing a punch storm from Horejsek. This was a rare exception for the most part both fighters remained equal. After four rounds it came down to a points decision for Onder.

Next up was Onder’s brother Siar against the reliable Valdimir Fecko. ‘Stop cuddling,’ shouted audience members, who for a while seemed more keen than the fighters. Once Ozgul and Fecko found their stride it was the lighter Czech who came off worse, as Ozgul pushed him to the ropes time and again. Despite landing a cheeky punch over Ozgul’s shoulder, which caused some laughter it was clear that Ozgul had a slight advantage throughout. A 60-54 points decision gave it to Siar.

The evening’s main event saw George Hillyard continue his return to the ring with massive support. ‘Smash him, George.’ And smash him he did. Vosyka seemed confident and light on his feet entering the ring. Hillyard proved to be a machine from the first pushing Vosyka to the corner. Vosyka remained on the defensive throughout, unable to get a look in. By round two Vosyka was bleeding heavily. It was finished 65 seconds into the fourth round with Vosyka knocked to the canvas beneath the ropes. After a quick check from the doctor he was back up to stand with Hillyard as he received the WBU International Middleweight Championship belt.