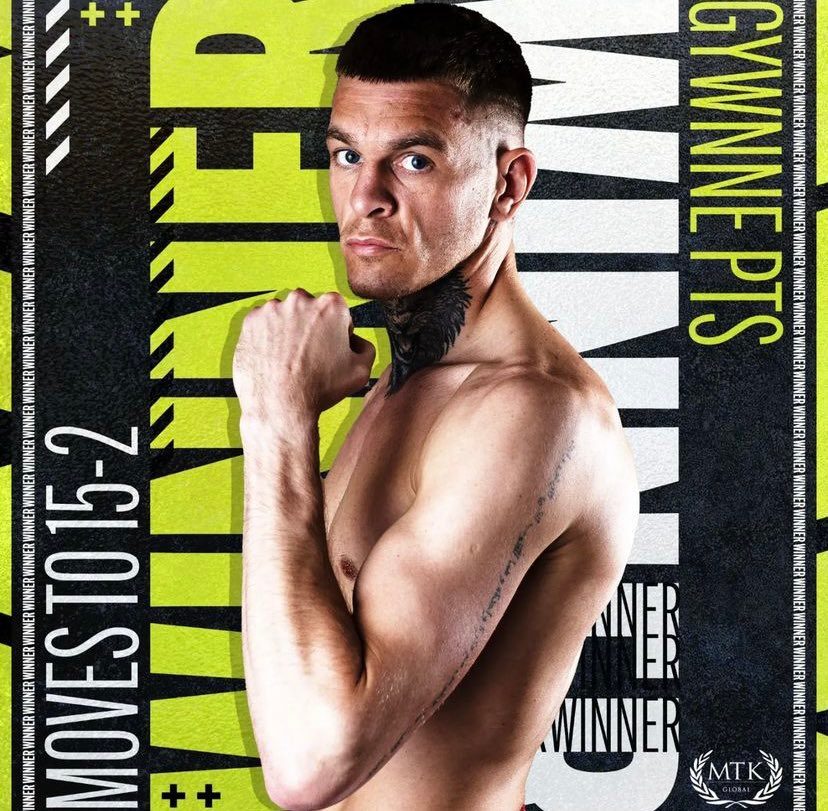 Gwynne adds British to his Commonwealth strap at York Hall

Bethnal Green’s York Hall played witness to Wales’ Gavin Gwynne claiming the vacant British lightweight title to go alongside his Commonwealth strap, unanimously outpointing Liverpool’s Luke Willis over twelve rounds. British judging was yet again a hot topic on social media during the aftermath of the contest, with Mark Bates’ 118-110 card in favour of Gwynne proving controversial in particular. The other two officials also found the Welshman a winner but by finer margins of 117-113 and 115-112 respectively.

The thirty-one-year-old Gwynne finally secured the Lord Lonsdale belt at the third time of asking, previously coming up short against fellow Welshman Joe Cordina and Ireland’s James Tennyson, placing himself on a pedestal among the domestic scene at 135lbs. The defeat was the first of Willis’ career to date, his record now standing at 11-1-0 respectively, the thirty-year-old no doubt more than capable of coming again. Credit to both fighters for an entertaining contest.

The undercard saw a contender for domestic fight of the year in a stacked domestic super-welterweight division between London’s Sam Gilley and Northampton’s Drew Brown, the latter’s English 154lb title on the line. The bout proved to be the first successful defence of Brown’s strap since he picked it up against Evaldas Korsakas last July, both men going all out before the champion forced a stoppage in the ninth of ten scheduled rounds. With both men early on in their careers and only in their mid-twenties, neither man left the ring on Friday night a loser, only enhancing their reputations in a phenomenal showing. Gilley will come again, and there are few better domestic divisions to compete in given the incredible depth of fighters currently operating at 154lbs on British shores.

Irish super-lightweight charge Pierce O’Leary secured his ninth professional victory in as many fights with a superb first-round knockout of Nathan Augustine. O’Leary slipped a straight right from the Frenchman and immediately fired back with a short left hand of his own, sending Augustine to the canvas. Referee Mark Bates began to administer a count before waving the contest off seconds later in another impressive showing from the twenty-two-year-old from Dublin.

Kazakhstan’s super-featherweight sensation Sultan Zaurbek moved to 13-0-0 as a professional with a fifth-round technical knockout of Nicolas Nahuel Botelli. Zaurbek fired a left-hook to the body of the Argentine, a shot Botelli could not recover from with referee Bates again waving the contest off. Having only turned professional in December, super-bantamweight Nina Hughes made an early statement, stopping a resolute Bec Connolly in the second round in only her second pro outing. Hughes sent Connolly to the canvas late in the opening round with a clubbing right-hand after a dominant opening two minutes, and Connolly’s fate was sealed in the following session, with Hughes landing at will, a barrage of straight rights rocking the head back of her opponent before referee Sean McAvoy had seen enough. Hughes now moves to 2-0-0 as a professional, with Connolly’s record now reading 3-13-0 respectively.

Further down the card, middleweight Carl Fail moved to 6-0-0 with a dominant 60-54 points victory over six rounds versus France’s Victor Garcia, while super-welterweight Elliot Whale maintained his undefeated record after a cut suffered by opponent Fernando Valencia forced the latter to retire at the end of the fourth. Dean Richardson suffered the first blemish on his professional resume with a six-round draw against Angel Emilov, the former’s record now standing at 12-0-1 respectively. Fellow middleweight Paul Ryan moved to 4-0-0 as he comfortably outpointed Gabor Gorbics over six, while super-lightweight debutant Jimmy Croxson secured his first professional victory with a 39-37 points win against Fonz Alexander.