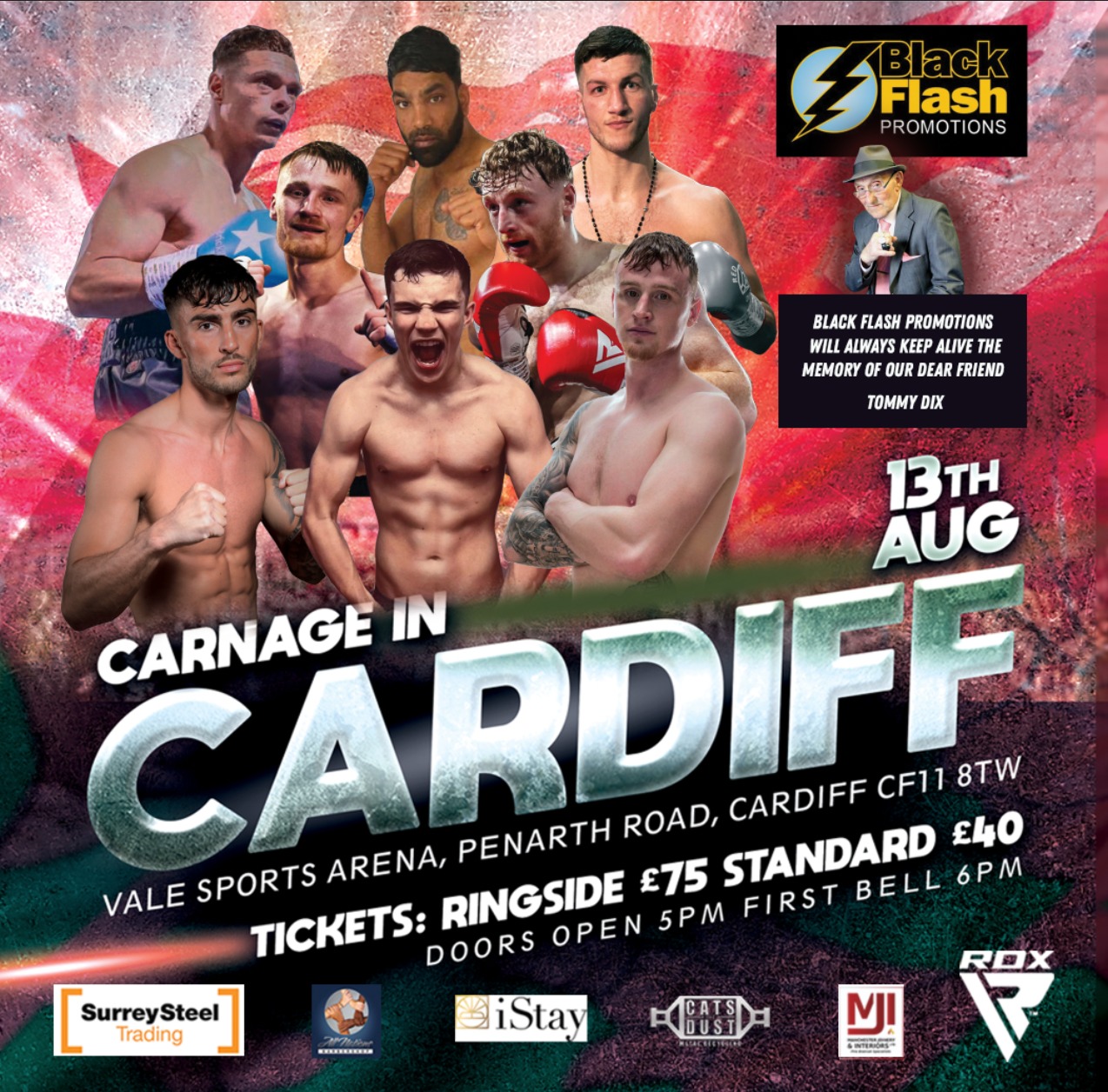 Black Flash Promotions have announced a new show in the Welsh capital this week, dubbing the event as ‘Carnage in Cardiff’. The show is to go ahead on Saturday 13th August, and will feature the likes of middleweight prospect Kyran Jones (5-0-0, 1KO) who featured on the undercard of Joe Cordina‘s world title triumph versus Kenechi Ogowa in June.

Details regarding the purchasing of tickets can be found on the Black Flash Promotions Facebook page.