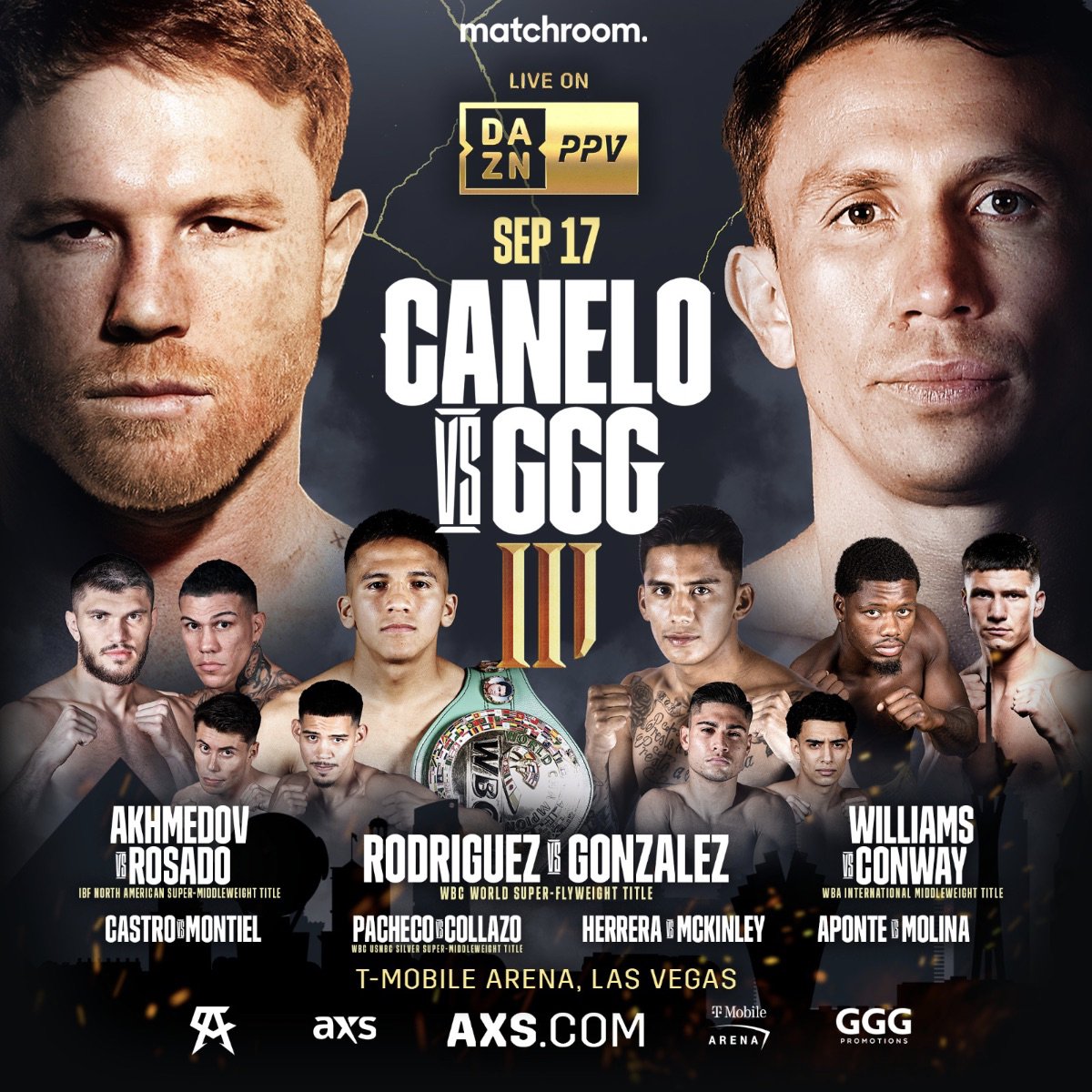 DAZN announced on Monday that the upcoming trilogy bout between future Hall of Famers Canelo ‘Saul’ Alvarez and Gennady Golovkin on September 17th will be placed on pay-per-view in the UK. The price point for existing customers stands at £8.99, while new customers will have to pay £17.98 respectively. The latter will include a one-month subscription to the streaming service thereafter.

DAZN is having to adopt in an increasingly competitive UK market which has seen a plethora of broadcasters enter the British boxing scene in recent years, and recently took a big hit when new signing Anthony Joshua’s upcoming rematch against Oleksandr Usyk landed on rival platform Sky Sports. The first pay-per-view event to be put forward by the streaming platform, which has been active this side of the Atlantic for twelve months now, will be the upcoming YouTuber clash between KSI and Alex Wassabi on August 27th, which is available in the UK at a price of £7.99 respectively.

The rivalry between Canelo and Golovkin has built-up a lot of resentment over the years despite a respectful showing between the pair prior to their first fight. Their relationship turned sour given the controversial judging decision to announce the fight a draw, despite most onlookers adjudging Golovkin a clear winner. Golovkin was incensed further when it transpired that Canelo had tested positive for banned substance clenbuterol in the aftermath, leaving a fire in the Kazakh’s belly ahead of their highly anticipated rematch in September 2018. However, Golovkin was left feeling hard done by again as the judges awarded the Mexican a narrow victory, a decision that riled Golovkin to the point that he immediately left the ring in disgust.

Four years on, Canelo has become undisputed champion at super-middleweight and also added the WBO light-heavyweight title to his collection in 2019. Dimitry Bivol halted the incredible momentum built-up by the Mexican in May of this year however, winning a unanimous decision in defence of his WBA strap at 175-pounds in Las Vegas to provide a timely reminder as to why weight divisions exist within the sport. The third fight between the pair surely provides a last throw of the dice for Golovkin who seeks to cement his legacy with a shock win over his arch nemesis on September 17th.