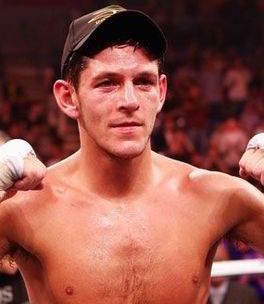 Jamie McDonnell is the ‘New IBF world bantamweight champion’ after over-coming the big hitting Mexican Julio Ceja to claim the vacant title, via a majority decision at his home town’s Keepmoat Stadium, Doncaster in an entertaining fight.

The decision was a controversial one in the end and Ceja and his team believed they had done enough to win, but the judges had given it to McDonnell with scores of 114-114 the draw, then 115-113 and a unexpected wide 118-110.

Ceja, just 20 years old, entered the fight with a formidable 24-0, 22 knockout record, and his power punching became apparent and he threw some hefty bombs at McDonnell (21-2-1, 9 KO), who tucked up well and used his great skills to stay protected, and other than a big left hook that shook McDonnell in the 11th, he never looked hurt by Ceja.

After a slow start from McDonnell, the Yorkshireman began to get into the fight and find his rythem, McDonnell is a neat well schooled boxer and shown his class to come on strong and got better the longer the fight went. “I was actually enjoying that, I wouldn’t have minded a couple more rounds to try get stoppage. said McDonnell after the win.

“I could have easily pushed it more. There were a few anxious moments when he caught me but I enjoyed that last round more than I’ve ever enjoyed a round.

“In the first five rounds or so I felt him out and wanted to come on stronger as the fight went on.

“I started digging him in the last few rounds and I felt I could have even got the stoppage.

“It means everything and this belt is for everyone in Doncaster.” added the IBF bantamweight world champion.