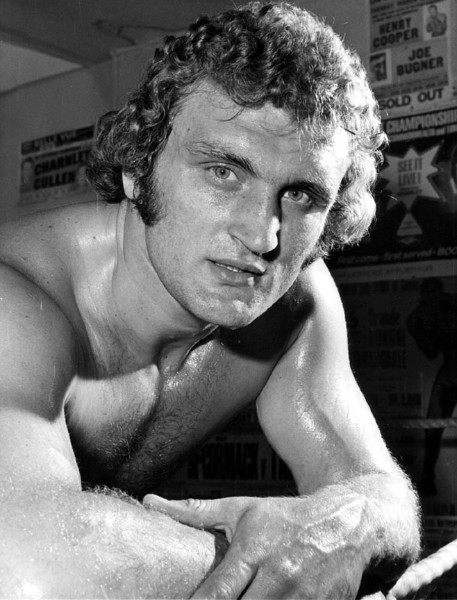 Joe Bugner: Time For A Rethink

Growing up in the seventies with curly blond hair and standing around six feet two inches tall, I was frequently compared to heavyweight boxer, Joe Bugner. When I compare old photos the resemblance is really striking. I was always proud of my lookalike status, but was frequently puzzled by the negative comments about Bugner.

Some of these remarks can be attributed to the fact that Bugner had the temerity to relieve the much loved Henry Cooper of his domestic and commonwealth titles. Their fight was a close one and the verdict was the subject of much comment. For many, beating Our ‘Enry was unforgiveable.

Yet these changing of the guard fights happen fairly frequently and in the majority of them, the young pretender will come out on top. Dave “Boy” Green versus John H. Stracey comes to mind: had they met at their respective peaks, I would have bet my mortgage on Stracey, but they didn’t and the rest is history.

Another thing that might have given people the wrong idea about Bugner was the commentator, Reg Gutteridge, who, for reasons best known to himself, usually referred to Bugner as; “Dear old Joe Bugner” as if he were some sort of harmless eccentric. I believe this habit damaged Bugner’s image quite a bit.

Bugner had all the physical attributes to take him to the top of the professional game. At six feet four, he was taller than most heavyweights of his era and he was athletic too – a former English Schools discus champion. They say he lacked the killer instinct. One of his opponents, Ulric Regis, died shortly after being outpointed by Bugner and this may have had some effect on his attitude. However, I remember hearing at the time that Regis had been to a night club after the fight and some point during the evening, he was struck on the head with a bottle during an altercation. I suspect that Bugner would have been able to compartmentalise these events, as many other professionals have been able to do.

He is perhaps best remembered for three high profile losses: two against Muhammad Ali (one for the heavyweight title) and one against Joe Frazier. Against Frazier, the twenty three year old Bugner was dropped in the last round, but got up to have Frazier hanging on. The title shot against Ali took place in that well known boxing Mecca, Kuala Lumpur, where the heat and humidity must surely have played a part in Bugner’s defensive performance. But to all those who would criticise, I would remind them that the opponent in that fight was none other than Muhammad Ali: the most talented heavyweight of his generation.

And whilst Bugner may not have enjoyed the popularity accorded to Henry Cooper, there can be no denying that Bugner’s record against top class, international opposition was vastly superior. In 1977 Bugner took on the dangerous Ron Lyle in a twelve rounder in Las Vegas. Whether or not it was sanctioned as a final eliminator for a shot at the world title, I can no longer remember. But even if it did not enjoy final eliminator status, a victory over Lyle would have provided Bugner with an excellent platform from which to mount a title challenge. I remember watching the fight in a pub and in this one, even I felt a little bit cheated by my lookalike. To my inexperienced eyes it looked like Bugner could have won against Lyle had he really opened up, but for whatever reason, he failed to mount an assault that would have changed the course of the fight and he went on to lose a split decision.

After 1977, Bugner’s career was studded with gaps and spells of inactivity. In 1982 he lost on a second round cuts stoppage to Earnie Shavers, who had the reputation of being a phenomenal puncher. The next year he turned in another losing performance against Marvis Frazier and in so doing, must, I suspect, have been one of the few boxers to have fought a father and son duo.

In 1987 he was still good enough to beat former WBA heavyweight champ, Greg Page. He then took on Frank Bruno in what looked like a potentially interesting clash. Again, had they met at their respective peaks, I doubt Bruno would have laid a glove on him. But youth will not be denied and Big Frank stopped Bugner in eight rounds. Bugner complained after the fight that his opponent had been allowed to tee off on him, when he was defenceless against the ropes.

A move to Australia brought a new phase of his career and a new nickname; “Aussie Joe.” Well into his forties he was good enough to beat the likes of James “Quick” Tillis, and even won a lightly regarded version of the heavyweight title with a first round stoppage over Bonecrusher Smith. Bugner finally left the game with a win over capable fringe contender, Levi Billups.