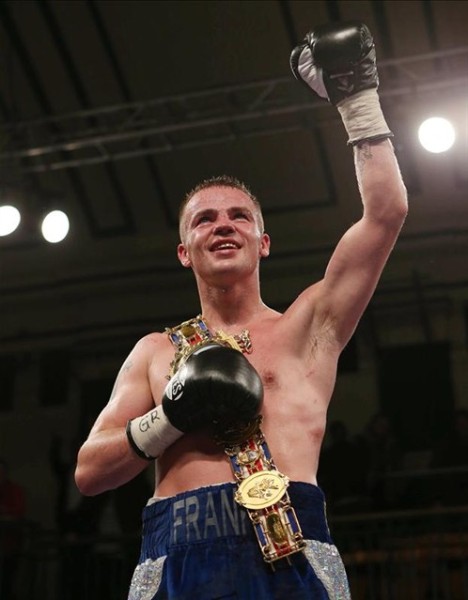 Frankie Gavin: ‘Me vs Khan would be absolutely huge in the UK I would love that fight’

British and Commonwealth Welterweight Champion Frankie Gavin, recently spoke about British rival Amir Khan’s chances in a potential showdown with the pound-for-pound number one fighter Floyd Mayweather Jr., and while be believes that Khan ‘hasn’t really got a chance’ against the P4P No1 fighter in the world, he felt Khan should be looking closer to home and an all UK showdown with him!

Gavin, Britain’s only ever amateur world champion, was responding to media reports that Khan is a leading contender to become the next opponent for Mayweather. It looks now highly likely that Khan is the man to be called on by Mayweather for a fight in the States in May.

“Khan is an excellent fighter but Mayweather is definitely a step too far for him, as he is for anyone at the moment.” said Gavin.

“(Khan) He hasn’t proved that he’s even the best Welterweight in the UK yet, and until he does you have question how he can possibly get in there with the world’s best fighter and an all-time great. I know myself that Khan is their to be beaten and that I’ve got the skills that could expose him and I would love that fight.

“I’ve always said that I will fight anybody and if we met it would be absolutely huge in the UK.” added Gavin.

Gavin who won the British title outright in September outpointing David Barnes, will be defending his Commonwealth title in his next fight against Ghana’s Joseph Lamptey at the First Direct Arena, Leeds in Leeds on December 21.

Who in YOUR opinion would win if Khan and Gavin met?