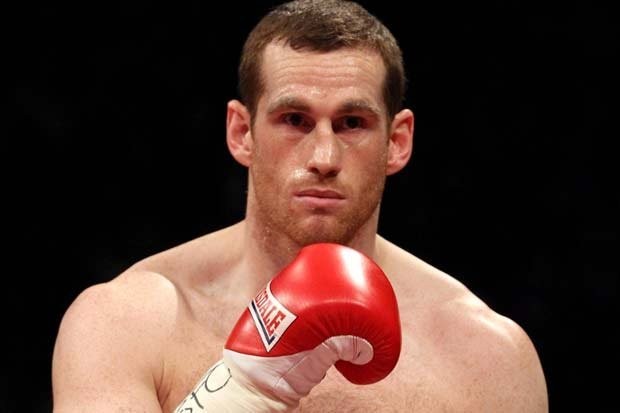 Heavyweight David Price returned after a six month absence from the sport to score a first round knock-out victory over Istvan Ruzsinszky in Stuttgart, Germany on Saturday night.

Price, 30, had suffered back-to-back defeats against American veteran Tony Thompson last year and is now rebuilding has he looks to get his once highly promising career back on track.

The Liverpool heavyweight, who recently vacated his British title looked a little tentative for the first minute of the contest and didn’t try anything too risky. He pawed with his long jab and at one point he was warned by the referee for leaving it out and poked in Ruzsinszky’s face.

When Price started sinking in the right hand behind the jab, Ruzsinszky felt the Brits power and on the two minute mark Price doubled up his right which dropped the Hungarian on his back, he looked out of it there and then but he did manage to get up off the canvas, however the ref waved the fight off. Ruzsinszky had stepped in as a last minute replacement for Kazakhstan’s Konstantin Airich, who had failed a medical on Friday, and he was disappointed with the stoppage and felt he could have carried on, but his protests were dismissed by the official.

“I didn’t get much time to show what I had but I can only beat what was put in front of me,” said Price.

“But that’s what I’ve got to do to an opponent like that, get him out of there early and move on to the next fight.”

Price, is now working with German promoters Sauerland, after his former promoter Frank Maloney retired last year and was fighting on the undercard of Marco Huck and Firat Arslan’s WBO cruiserweight title fight.

After a brief training spell under Adam Booth, Price is now being guided by American Tommy Brooks, former coach of Mike Tyson.

Price takes his professional record to 16-2, 14KOs and is expected to be back in the ring again soon has he begins his rehabilitation.