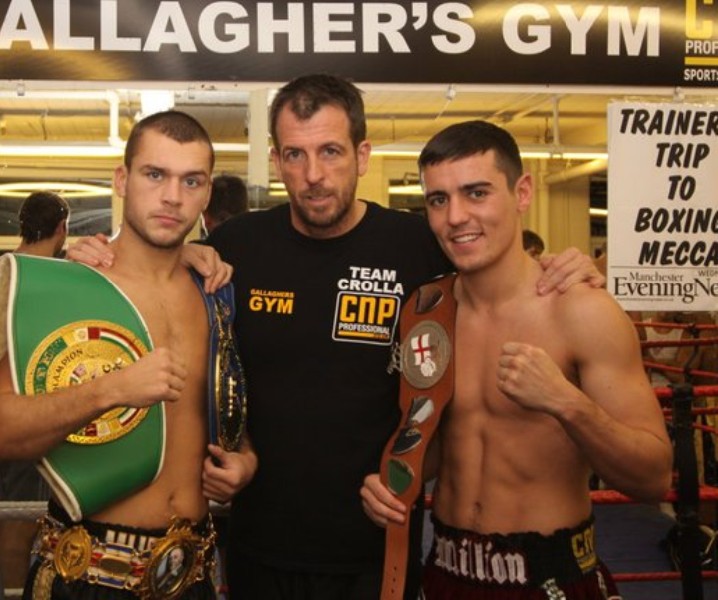 VIDEO: John Murray talks Crolla fight and why he split with Gallagher

The biggest all Mancunian boxing derby for years between John Murray and Anthony Crolla is just over four weeks away and tensions are high with the anticipation of these two former gym mates and friends locking horns at the Manchester Arena on April 19.

The winner will move closer to a major title shot this summer and the loser would have big rebuilding plans. This is a real trade fight if ever there was one and a fight that is splitting opinion amongst the fans and experts in the game.

Will Crolla be too young and fresh for Murray? Will the fact that trainer Joe Gallagher will be in Crolla’s corner have a bearing on the outcome and give him the edge? Gallagher knows Murray well, after working with him from the start of his career until their recent fallout and split and is as we speak setting a plan in place for Crolla to defeat his former pupil and a man he once said was like a son to him, a defeat that he says would be the end of Murray’s career.

Or will Murray have the experience, toughness and know how from his big fights, past sparring sessions? Will spending large chunks of their careers together be key?

Both used to help Gallagher as chief seconds to each other and have helped to prepare each other and willed the other on in the corners for past fights? It is an intriguing match-up and one that I wanted to get John Murray and Anthony Crolla’s opinion on first hand.

I caught up with John briefly on Wednesday while he was training two young prospects who are turning pro with him soon and he stepped out of the gym to give his views on the fight. How will he go about defeating Crolla and the question everybody has been asking, why did he really split with Gallagher? The pairs relationship has gone down hill rapidly, Gallagher suggested that Murray had just left him without no phone call or anything and after years of training him felt let down, Murray though has a different view!

This is a fight that has got boxing talking, find out here in our exclusive video what Murray has to say, raw and uncut!