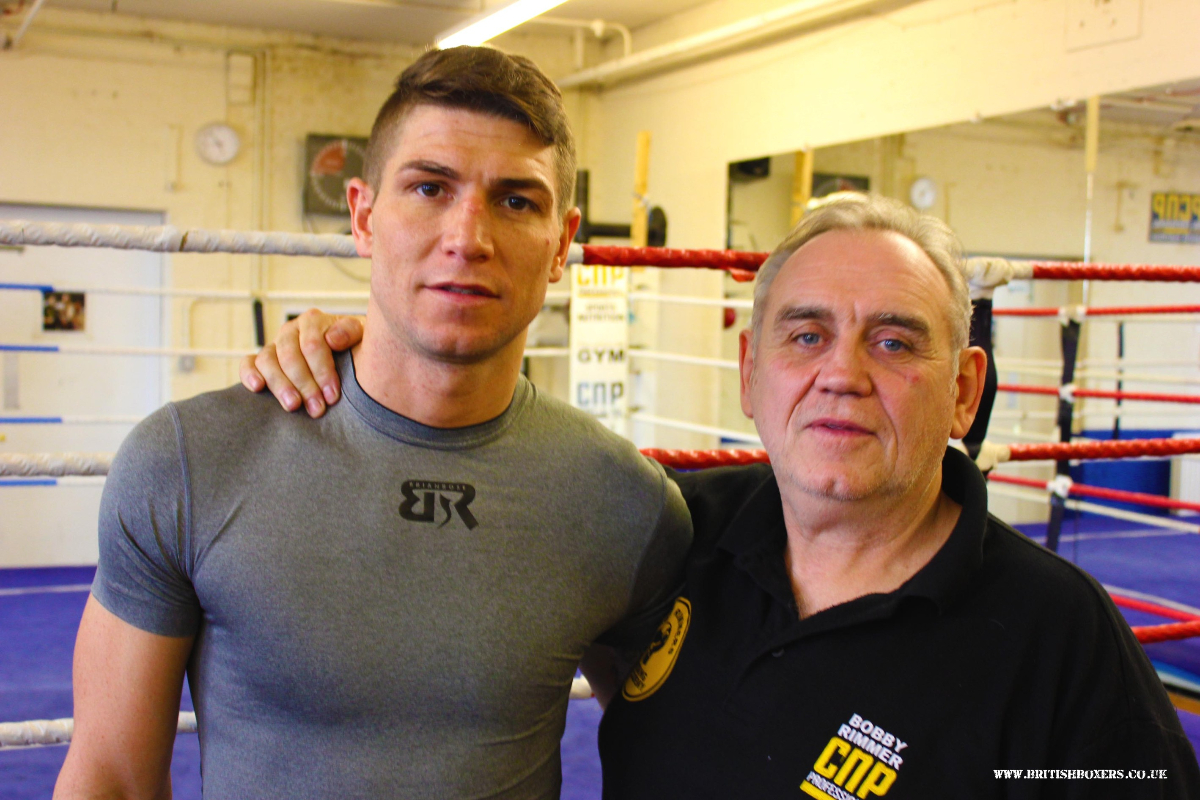 Brian welcomes Jones into ‘The Lion’s’ den on Saturday

Brian Rose has told Carson Jones he is in for a hostile reception when they clash for the WBC International Light Middleweight title on Saturday (February 14) at the Winter Gardens, live on Sky Sports.

Rose is continuing his comeback following his World title challenge against Demetrius Andrade in New York in June, returning to the ring with a first round KO in Leeds in October and steps up a gear in a must-win clash with the Oklahoma man, who made a name for himself in England after his two bouts with Sheffield star Kell Brook.

The Blackpool man turns 30 on Sunday and believes he can win a World title – but has also stated a defeat against Jones could spell the end of his career.

‘The Lion’ will have huge support in the Winter Gardens and believes that the famous Blackpool venue will be rocking on Valentine’s Night.

“The roof is going to come off the Winter Gardens on Saturday,” said Rose. “It’s a huge night for my career and the fans know it, that’s why it’s going to be a packed house and the atmosphere is going to be electric.

“I was at the second Brook fight and I have seen Carson fight a good few times, he’s well known here and in the USA. He’s tough, he’s a come forward fighter and he comes on strong in the later rounds, which is what I do too. It’s going to be a good fight, if it goes the distance it’ll be a good one, he’s going to walk onto my jab and I may have to take a few shots too, it’s going to be good.

“I’m a big Light Middleweight and I feel that I am still growing into the weight now, with each fight it’s a little bit more of a struggle to make Light Middleweight, it works in my favour him moving up but he might be quicker, so I have to look out for them things, he might not hold the power he has at Welterweight though – at least I hope he doesn’t.”

Rose’s clash with Jones is part of a great night of action in Blackpool with eight determined contenders lining up for the Prizefighter Middleweights III.

There’s five unbeaten fighters risking their unbeaten records to land the trophy in local favourite Jack Arnfield, Irishman Luke Keeler, Wales’ Tom Doran, Preston’s Mick Hall and Birmingham’s Craig Cunningham. Former finalist Cello Renda is aiming to go one better while youngsters Liam Conroy and Luke Crowcroft can give their careers a massive boost with victory. The draw for the action will be made live on Sky Sports News at 10.30am tomorrow.

Lytham St. Annes’ English Lightweight champion Scotty Cardle gets a four-rounder on the bill while there’s a third pro outing for Marcus Morrison.

Only £40 tickets remain available to buy at www.MatchroomBoxing.com.