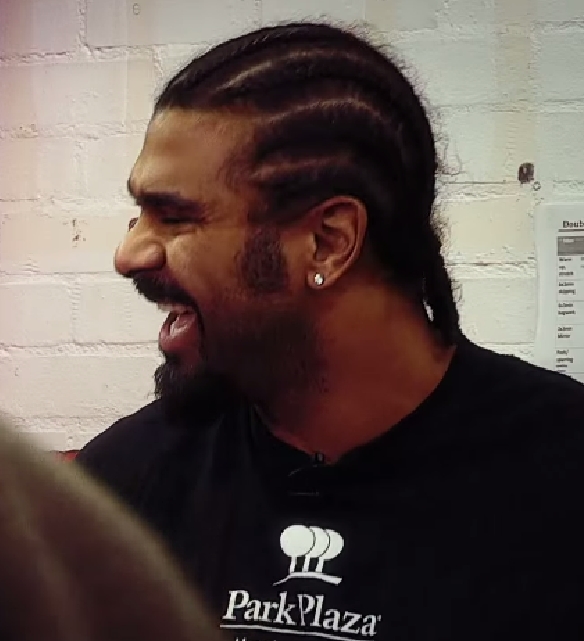 When Double Jab Boxing Club updated their profile, little did they know that one of Britain’s biggest boxing stars would come to surprise their members.

As a boy, David Haye stared wide-eyed at the heavy bags in a Lambeth gym. It’s hard to imagine the former world heavyweight-boxing champion as a ten-year-old, pawing the air and shuffling his feet. But that’s how it all began.

Twenty-three years later, Haye was back in a South East London gym as part of Join In’s Backing Up Boxing Campaign. This time, he was in Double Jab Boxing Club, in New Cross, to pay a surprise visit to members and recognise the volunteers who pour thousands of hours into the club.

‘I’m here to give a little shout-out to the volunteers, who have racked up 6,000 hours in the last three years here,’ he said. ‘These clubs don’t have much funding. They rely on volunteers to give their time.’

And clubs such as Double Jab do more than most. Based in Lewisham – a borough with a high crime rate – the club provides an outlet for young people. If any club deserved a spotlit moment, this was it.

After the shock of his unexpected entrance died down, Haye dodged between the heavy bags to pass on tips. He stopped to coach several fighters, who tuned their technique as he spoke.

One such boxer was PE teacher Sidney Poole, who has boxed at the club for two years. In her spare time, Poole also teaches the club’s youngsters who – if the snapshot of their training session was anything to go by – are a jabbering, laughing handful.

“Life lessons are learned from an early age in these types of facilities. They make a difference.”

Behind them, Mash Mirza avoided the boxers’ swinging arms. But he wasn’t looking for a few minutes’ coaching time from the former undisputed cruiserweight champion of the world; he was taking pictures for Double Jab. 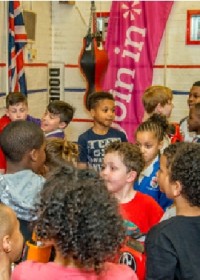 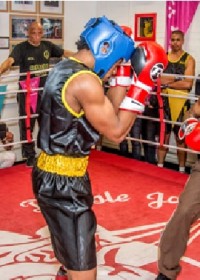 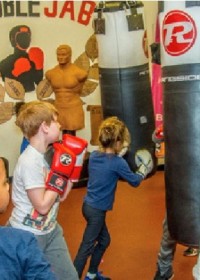 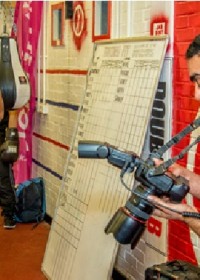 Mirza initially came to the club to take photos of representative boxers who were to pass through the club. However, by dint of misfortune, he kept missing them. Nevertheless, after returning to Double Jab several times, he found himself so taken by the warmth of the place that he decided to photograph the club’s boxers for free instead.

Now, as you walk through the gym’s narrow hallways and gymnasia, hundreds of framed images grace the walls with fighters in different fighting stances. Prominent among them is Jim Addis, Coach and Club Secretary, who binds the place like glue, and Head Coach Michael Harris. An eye injury may have brought about the early end to Harris’ fighting pursuit, but he remains as enthusiastic as ever.

As the hive of industry buzzed around him, Harris took the time to explain the basis of boxing: the jab. No sooner had he spoken than his arms and feet sprang into action and he spoke in detail about the correct technique – something he had probably done a hundred times before with the same intensity.

Poole, Mirza, Addis and Harris are just four of Double Jab’s volunteers. Others take training on winter’s evenings and trudge through admin work when the sun shines warm over a beer garden. These and many others are the faces behind the 6,000 volunteer hours mentioned.

Earlier in the evening, Haye mentioned how volunteer coaches changed his life. They taught him discipline and respect – qualities that helped him along the way. ‘Life lessons are learned from an early age in these types of facilities,’ he said. ‘They make a difference.’

The difference these volunteers make was caught in the lens of a film crew and captured in a hundred camera shots, but that is not where it was at its most noticeable.

It was at its clearest beside the boxing ring after David Haye left and the madness quietened. It lined the ropes while two fighters stalked each other around the canvas. Around the ring, three generations of the New Cross community looked on. From teenager to old-timer – three dozen locals brought together by the boxing.

David Haye is supporting ‘Backing Up Boxing’, a campaign from Join In to put more volunteers into community boxing. For more information visit joininuk.org

Read more here about ‘Backing up Boxing’ and how YOU can get involved..