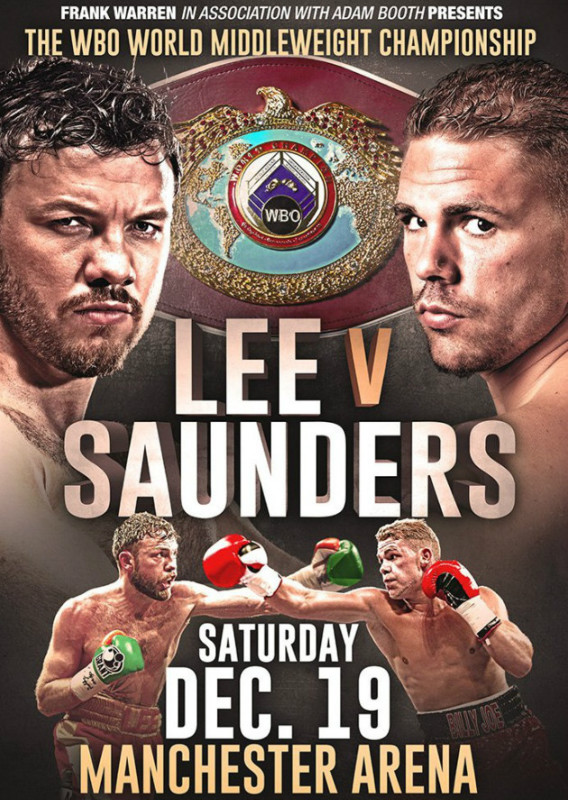 Lee-Saunders – World Title and Travellers Pride on the Line

If Tyson Fury has claimed the crown of “Gypsy King” then surely Saturday night’s world title fight between travellers Andy Lee and Billy Joe Saunders is to find out who is British Boxing’s “Gypsy Prince”.

The Manchester Arena plays host to the first ever world title fight between two travellers, a race of nomadic people with a rich and proud fighting tradition, which means that bragging rights are equally as important as the title on the line.

The fight also comes at a time in which boxers are being scrutinised for what they say, now more than ever before, particularly those from travelling backgrounds.

TYSON FURY A ROLE MODEL FOR THE TRAVELLING COMMUNITY

Their sport and community has been lambasted by the mainstream media recently because these men refuse to conform to a politically correct society; they stand by their own personal beliefs, whether right or wrong and are honest with themselves and those around them – a lot more than can be said for some of today’s politicians and journalists.

It is perhaps a good job then that WBO middleweight champion Andy Lee isn’t much of a talker. He told iFL TV: “There’s too much talking, I don’t talk anyway, I’m not a big talker. Let’s get the fight on.”

And at the press conference, the ever-controversial Billy Joe Saunders, who wouldn’t be so controversial if certain reporters didn’t take his words out of context, said: “We know what that title will bring out of me; an extra twenty or thirty per cent.”