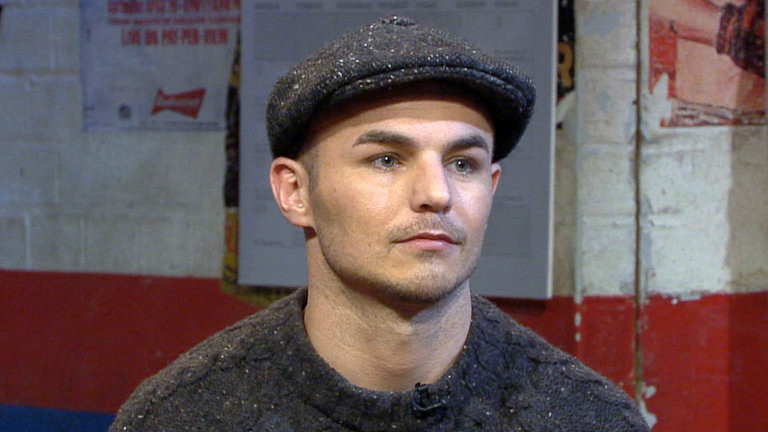 Kevin Mitchell withdrew from his European title bout this week and immediatly announced his retirement from boxing.

At 31-years-old and with a record of 39-4, 29KO, he leaves the game after claiming the British and Commonwealth titles as a super-featherweight in 2008, before moving upto lightweight to take on the worlds best. The Londoner is considered one of the toughest, most entertaining boxers the UK has ever produced.

Mitchell was one of them characters that every fight fan adhered to. He was an embodiment of a real fighting man.

Mitchell didn’t realise just how popular he was in boxing, he said after the out-pour of respect for him and his career in the wake of him calling it a day, ‘If I’d known I was this popular I wouldn’t have retired!’

“I’ve had a good think about it over the last week and I’m happily retired now. I was in the gym on Friday and I wasn’t myself. I wasn’t enjoying my bag work or my gym work.

“I came in to the gym on Monday and said to my trainer Tony Sims that I didn’t fancy it and that I’m going to call it a day.

“I was on the punchbag and not enjoying it. Normally I love the punchbag but I really didn’t have it in my heart any more to train and go at it.

Adam from ‘The Fight Disciples’ Podcast, speaks to Kevin Mitchell to find out the reasons why, to also discuss his beloved ‘Hammers’ and naming his dog Tank! Plus his 11 year old son becoming a boxer, a chip off the old block!

Listen here to the last Podcast..