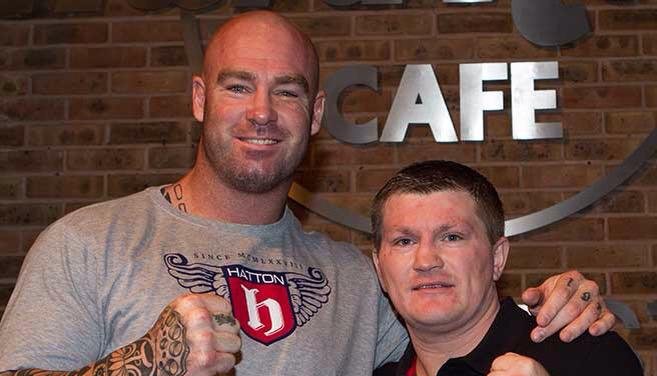 UK based Australian heavyweight Lucas Browne has failed a drugs test for the second time in eight months, according to The Voluntary Anti-Doping Association (VADA) who announced an “adverse finding” in a recent test on Browne.

The former WBA world title holder served a six-month ban for testing positive for clenbuterol after beating Ruslan Chagaev in March for the belt.

Afterwards Browne, 37, was later ruled “unlikely” to have taken that drug deliberately. After that decision the boxer has now got himself back in training and was scheduled to fight American, ‘Lets go Champ.’ Shannon Briggs, for the vacant WBA title before the end of the year.

After recent events Hatton Promotions, sent British Boxers this statement on the issues

Hatton Promotions has been made of aware press reports regarding Lucas Browne and issues relating to the VADA drug test which took place as part of the WBC Clean Boxing Programme.

Firstly, we wish to make it absolutely clear that we support fully the WBC programme and its efforts to rid the sport of performance enhancing drugs.

Clearly the test results are hugely disappointing for the company and for Lucas himself. For a man and a team who fought so hard to clear his name following what is now universally accepted to have been a deliberate contamination of products he ingested prior to his March fight with Ruslan Chagaev, this is a bitter blow.

Lucas was cleared of any deliberate wrongdoing a few months ago and we feel it would be somewhat unfair and incorrect for anyone to suggest that the results of his latest test bring the outcome of his previous exoneration into question.

With a man’s livelihood and reputation at stake, we feel it is only right and proper to make thorough investigations before commenting on the circumstances of this latest test result.

Even though he has no WBC ranking to protect and is in a position for a mandatory WBA world title fight, Lucas entered the WBC Clean Boxing programme voluntarily.

We do not feel that is the action of a man who wishes to intentionally take performance enhancing drugs.

As such, we will be working closely with Lucas’s team and his lawyer, Leon Margules, to conduct a thorough investigation into the supplements Lucas has been advised to take on a day to day basis. We will also look into any prescribed medication he has been given in order to seek out the source of the alleged banned substance.

Once that investigation has taken place and the circumstances of the test results have been understood, will we comment further.

Given what is at stake, we feel it would be inappropriate to speculate and comment further at this stage.