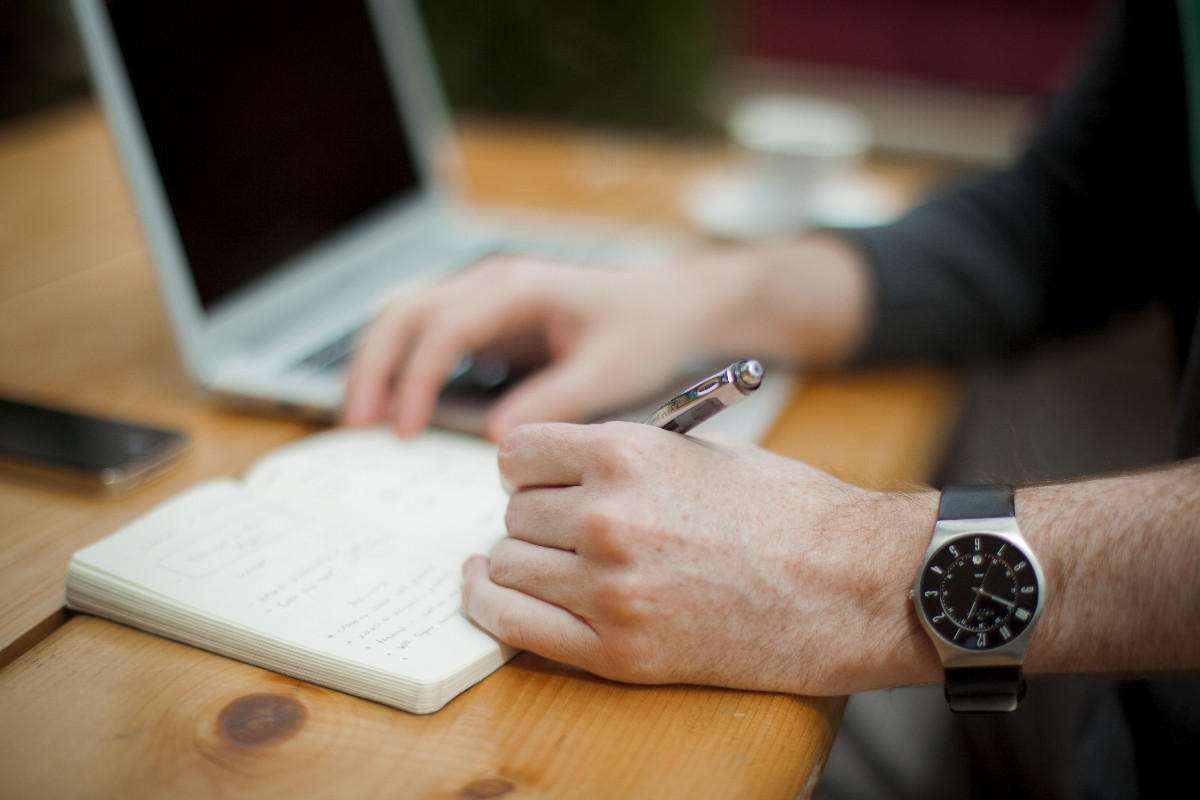 Shaun Brown joins Britishboxers and offers his personal insight into the trials and tribulations of breaking into boxing writing.

I was just about to start writing something but it would seem my youngest isn’t about to let me.

No, wait, she’s on the verge of going back to sleep. I’ll type some more…

Kids have a knack of knowing when to interrupt their mum or dad. You’re just about to have your dinner and they wake up, upset, having only been in bed for a matter of minutes. You’re about to sit down to enjoy the couple of hours you have to yourselves when there’s a loud bang upstairs or shouting. Two brothers have gotten in each other’s way and now won’t back down.

Sigh, a shake of the head, turn that film off because what’s the point. Television becomes background noise most evenings. You have programmes to catch up on, your Sky planner says you have 9% left. First world problems, right?

Amidst the beautiful chaos inside a poorly built, always falling apart two-bedroomed house, where two autistic brothers share a room, a baby girl is in her cot and with another child on the way there is me and my wife Lauren. A woman who embraces the role of being a mum, sleep is something she can only dream of, but deep down probably wouldn’t have it any other way.

Current state of affairs in the Brown household:

1. Jake, 8, has just been diagnosed with autism and health professionals believe he may have ADHD and a learning disability. Two years of tests and meetings and we finally got there, now he is going to get the support he has been lacking all this time. We move forward.

2. His brother Sam, 6, is in a new school specifically designed for kids with autism. He can’t talk, read or write but he’s sharp as a tack. He finds other ways to communicate, he’ll let you know one way or another.

3. Thea, our nine-month old daughter, is already turning into a diva. She brings an interesting balance to the household, a smile that would wrap you around her finger but come 10.30pm she doesn’t want to be in her cot. She’d rather sleep downstairs in her buggy.

It was Lauren’s turn to sleep on the sofa.

So, here I am having done the exchange with my wife at 5am—“I need to come back to bed”—back writing. Something I’ve done for nearly nine years but not about everyday life, about something else, something that has played a bigger part of my life than perhaps I should’ve let it: boxing.

In between the challenges and happiness of being a dad I am still trying to find a space for boxing in my life. More specifically writing about it. Something I’ve dipped in and out of over the last few years.

I have been to vocal in the past. I’ve told social media “I’m done, I’m quitting writing,” yada yada yada and months sometimes only weeks later I’m back to doing it. Why? A number of reasons. It is like a drug, I can be quite good at it, I feel like I’m part of something, I need some sense of self-worth, I enjoy it, I don’t enjoy it, I enjoy it…you get my drift. Sometimes I should just shut up and enjoy it.

I take it too seriously, or at least I did. For years I chased an impossible dream, to become a full-time paid boxing writer. I spent endless hours, sleepless nights writing, researching, transcribing audio, editing, emailing, phoning, texting, tweeting and messaging all in the name of trying to become something that I could see on the horizon, but that was quite frankly just a mirage in the desert.

I chased money in writing when I was unemployed and had no kids. Earning £75 a month at one website to £200 a month at another. I abandoned a project because of it and most likely ended a friendship too. An extra £125 a month when you’re on the dole and have kids takes the heat off you a little bit. There were times when I didn’t know where our next meal was coming from. The kids would always be provided for but the parents might have to go without for one night.

Hundreds of job applications, countless interviews but I never got over the finishing line. That all stopped in 2013. I entered the world of regional newspapers. Ironic. I got a journalism diploma in 2001 and 12 years later I find myself in an industry that I always wanted to be in. It’s a job I like, and it pays well. Worries no more. Financially comfortable but it took its toll to get there. Depression has always been there with me in some form and being unemployed for two years certainly didn’t help.

From Eastside Boxing to Boxing Monthly via Boxing News, BoxingScene, ESPN, Sky Sports and quite a few others my name has popped up all over the place.

“You never stay in the same place, no-one knows who you are.”

“You’ve fucked up your career because you spent too much time arguing with people.” A long stare on to this screen. Not at what I’m writing, it makes little sense but at those quotes.

I got itchy feet, I had no self-belief, I worried too much, I wanted better for myself and my family, I was too confrontational and I took things too seriously.

Different versions of me. Now there is this one. The one that is 37, always tired, always worrying about my kids but comforted that the fridge and freezer are always full,. My kids are getting all the support they can, they have all the toys and fun in the world, and now we’re looking for a bigger house before baby boy number three, our fourth in total, comes into the world in July.

And I’m back writing again. Josh Taylor, Iain Butcher, Jamie Conlan, three fighters who gave me some of their invaluable time recently so I could talk to them, ask them questions and turn the answers into something that you might want to read for a few minutes.

A conversation with a fellow writer has brought me to Britishboxers.co.uk A team has assembled that features a strong back line with a potent bunch up front, hopefully there’s room in the midfield for a guy like me to help keep the ball going from back to front, front to back always making sure there’s product coming through.

“Why does he get these opportunities?” they ask.

I’ve never been afraid to ask. If you don’t ask, you don’t get. It’s never been completely about my ability as to why I’ve been around the block more than others. I’ve always stuck my nose in and asked if there were rooms available at the inn. Most of the time there has been. People are welcoming in the online boxing media world. It’s never been about talent, it’s been about graft. I’ve been featured on more websites than I should have but I’ve always grafted.

The life of an internet boxing writer, eh? Fancy it?

I’m in a new establishment now. I just want to put my head down somewhere and not leave.