Around & About with Tommy Dix: Living the dream and making dreams come true 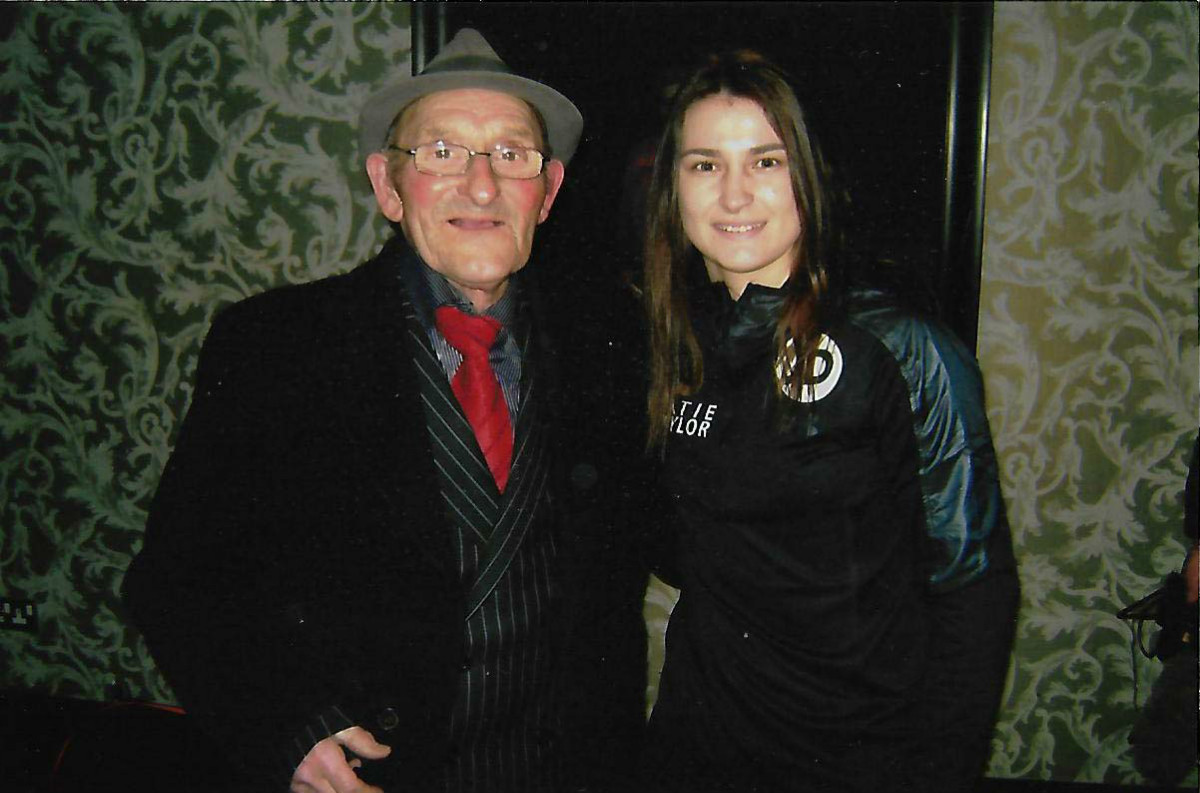 What a wonderful weekend! My great friend, that ultra talented boxer from Liverpool – Danny ‘Boy’ Peters, picked me up to go to the weigh in for the Matchroom Promotion for the Anthony Crolla vs Jorge Linares bout. There I met my old friends John McDonald and Brian Peters, the Irish promoter and manager of Katie Taylor, who I remembered from my Corinthians days, along with Kevin McCormack and Peter Burke. What great trainers they were. Katie signed two gloves for me which I will give to the two girls Chloe Watson and Kaitlin Taylor who both won national titles for our club, the Venture A.B.C. in Birkenhead.

Danny and his son had photos taken with Katie and so did I, it was wonderful to see old friends again. Then Danny took me to Bowlers Exhibition Centre in Old Trafford, where I was attending a Black Flash Promotion. There I met my old friend, the famed Black Flash himself, Pat Barrett. Whenever I go to weigh ins or promotions I feel young again, when the first bell goes the years seem to roll off me, it’s only on the way home that I feel tired.

The Black Flash Promotion was very special for me as my friend Danny Peters told me about a young boxer from the Hook & Jab Club, Adam Rasool. I saw Adam box against a very good boy from Liverpool’s Kirkdale Club and Adam reminded me of a boxer from Liverpool, former British super feather champ Sugar Gibilru. On the grapevine I found out Adam is a great fan of Pat Barrett’s nephew Zelfa Barrett so I made arrangements for Adam to be present to meet Zelfa without his knowledge. That is what boxing is all about, living the dream and making dreams come true.

Some people think I am crazy doing some of the things I do but I am only repaying what those wonderful men of yesteryear Fred Pickering, Fred Tilston, Billy Spencer and Tommy Dod did for me. Here I am at 77 years of age sitting down and having sat down with some of the world’s greatest boxers and being treated as an equal. What other sport offers that? So I can’t help but help young boxers shoot for the stars and let him have a night that time will not erase, I’d be letting those wonderful men down who helped me, and that is not in my vocabulary as those men were gentlemen of the hempen square.

What a night’s boxing took place in the Bowlers. The first contest was a 6 x 3min rounder between Chris Monaghan and Sam Omadi and what a contest it was with the talented Monaghan catching Omadi who was up for a fight and what a fight it was. Both boys climbed off the floor in the first round and for the next five sessions, fought as if their very lives were on line.

Time after time it looked as if Monaghan’s class would tell only for Omadi to dig in oh so deep to force a way back in contention. After six exhillirating rounds the crowd rose to its feet to give both boys a standing ovation. The referee could not separate them and a draw was the verdict in a contest that I believe those present will never forget. This bout alone was worth the entrance money.

Next up was a heavyweight bout featuring a heavyweight in the Francis Warren camp, Mohamed Soltby who scored a spectacular KO in quick time. Ok he was not around long but with his power he definitely can cause a stir and has the dig to get him out of trouble.

Time after time it looked as if Monaghan’s class would tell only for Omadi to dig in oh so deep to force a way back in contention. After six exhillirating rounds the crowd rose to its feet to give both boys a standing ovation. The referee could not separate them and a draw was the verdict in a contest that I believe those present will never forget. This bout alone was worth the entrance money.

Next up was a heavyweight bout featuring a heavyweight in the Francis Warren camp, Mohamed Soltby who scored a spectacular KO in quick time. Ok he was not around long but with his power he definitely can cause a stir and has the dig to get him out of trouble.

Then we had Lyndon ‘King’ Arthur in against Tony Bilic over four rounds. Once more Lyndon didn’t need the referee to add up the score as he won in the fourth.

Lyndon proved that there is more to his game than power punches and let’s be honest though Toni Bilic got stopped he put up a wonderful contribution into this contest. He had some very good defensive moves and a fair jab and was not averse to letting his hand go in counter punching.

However Lyndon was in fine form showing wonderful left jabs, beautiful balanced movement as he went about his business in the first. In the second he got down to business and dropped Toni with a smart right to the head. Toni was in some distress with a swelling to his left eye. However he stuck to his task.

Lyndon was now firmly in control and was gradually wearing Toni down.

In the fourth the end came when Lyndon dropped Toni twice in quick succession to secure his unbeaten record.

What impressed me with Lyndon is his repertoire of punches to head and body and his right uppercut is a lethal weapon in his arsenal. Yes there is more to this boy than a big punch, but let’s give credit to Toni Bilic who put up great resistence and show such courage.

The final bout was a tremendous batte for the English light middle title between Matty Ryan, the local boy, and Sonny Upson and what a bout of beautiful controlled boxing that did not only do the contestants proud but also their trainers, what an advert for boxing this contest was with both boys showing wonderful skill, defensive work and lateral movement.

The jabbing and variety of punches and combinations that these two well matched boys produced was eye catching. For the whole ten rounds they had the crowd enthralled by their sheer artistry. First it seemed as if one was gaining advantage only for the other to force their way back in to the contest.

Ryan definitely forced the action but was met by a very smooth ring operator in Sonny Upson who used excellent counter punches to keep in the bout. After 10 rounds in a contest that was fit to grace any arena Matty Ryan was declared the winner and won the English light middle champ but Sonny Upson proved without a doubt to be a boxer with a wonderful future and so ended a wonderful night’s entertainment, that draw sustained applause and a standing ovation.

The redeeming feature about this promotion was the sportsmanship, not a boo was heard. Visiting boxers received a good ovation and I noticed Matty Ryan’s fans still cheered and clapped when Sonny Upson was introduced in the ring. Yes every Black Flash Promotion I have attended the sportsmanship has been A1. I feel that Black Flash Promotions have got a great following with real boxing fans.

Then on the Saturday it was off to the Manchester Area. Once again Anthony Crolla put up a sterling effort but once again could not take the titles off Jorge Linares in a cracking contest.

Jason Welborn caused an upset by well out pointing Marcus Morrison who looked jaded at the weight after 3 rounds, only to lose on points in a tough nights work.

Katie Taylor gave an exhibition of controlled boxing to gain a points win. What a boxer she is, it was pure poetry in motion.

Yes it was a great weekend and thanks to all boxers, trainers, promoters and all who made such a weekend happen.

Also it was a wonderful priviledge to meet Mr. Egan from Jimmy Egan’s ABC in Wythenshawe and also that lovely young boxer from that club, Miss Courtney McArthur (pic above) who is English Youth champ and I had the pleasure of meeting and talking with at the Black Flash Promotion.

I was very impressed in Courtney and I am sure she will go a long way in the sport.