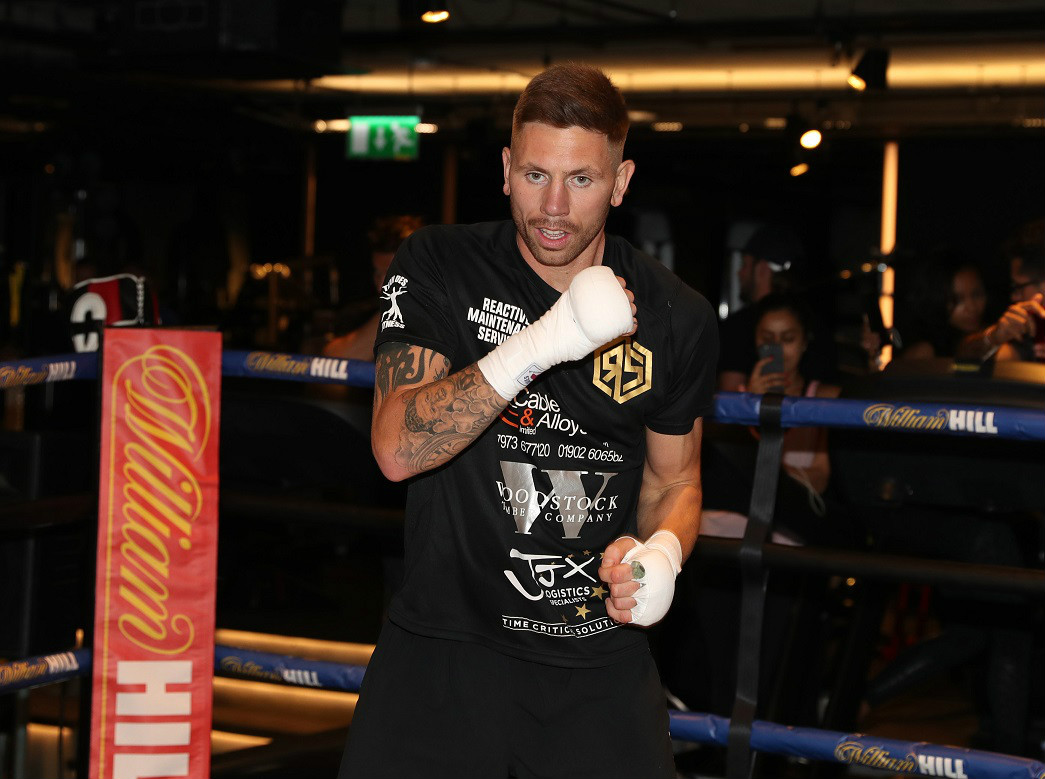 Ricky Summers is ready to unleash his frustrations on Frank Buglioni and finally rip the British Light-Heavyweight title away from the champion when they clash at The O2 on Saturday night, live on Sky Sports.

The unbeaten Tipton man has been waiting in the wings for a crack at Buglioni since February when it was first announced that the pair would meet for the Wise Guy’s British strap.

A sparring injury followed by a cancelled show have meant that Summers has had to bide his time –‘Digger’ will finally get his hands on Buglioni and, he hopes, the Lord Lonsdale belt.

“It’s been frustrating but that’s boxing,” said Summers. “Frank got injured, then a show was pulled, so it’s been a longer wait than we imagined. I was able to get out in March and blow away a few cob-webs and I feel like I’ve been in camp forever, which isn’t a bad thing. I’m feeling the best I’ve ever felt.”

The postponements have allowed Summers to spend more time with his new training team of Richie Ghent and Robert Wright whilst allowing him to undertake further strength and conditioning sessions with Des Witter.

“The postponements have given me and the team more time to work on things in the gym,” he added. “Perhaps it’s been a blessing in disguise because this is the best I have ever felt.

“I’m with a new team now and it’s given us time to gel as a team. Working with Des has been great, he trains the Yafais and Jamie Cox who are flying, and I am feeling the benefits too.

“I’m in the shape of my life and the delays have only made me hungrier to get my hands on that British Title. We are now top of the bill on a Sky Sports show, which is an added incentive.”

Buglioni has declared that he’ll win the Lord Lonsdale belt outright before targeting a showdown with WBA champion Nathan Cleverly – confident that he’ll do a job on the challenger, but Summers says he’s in for a rude awakening.

“Let’s see how long he lasts – he’ll be shocked when he gets in there with me,” said Summers. “I haven’t got the experience he has, he’s boxed at World level and I’m not going to bad mouth him as he’s a good fighter, but I’ve got the ability to beat him and do it well.

“Frank is a good fighter but I’m confident of getting the win and bringing the belt back home to the Black Country. The British belt is one if the best out there, it’s a World title fight for me so I’ve left no stone unturned for this – 100 per cent this ends in a Ricky Summers win.”