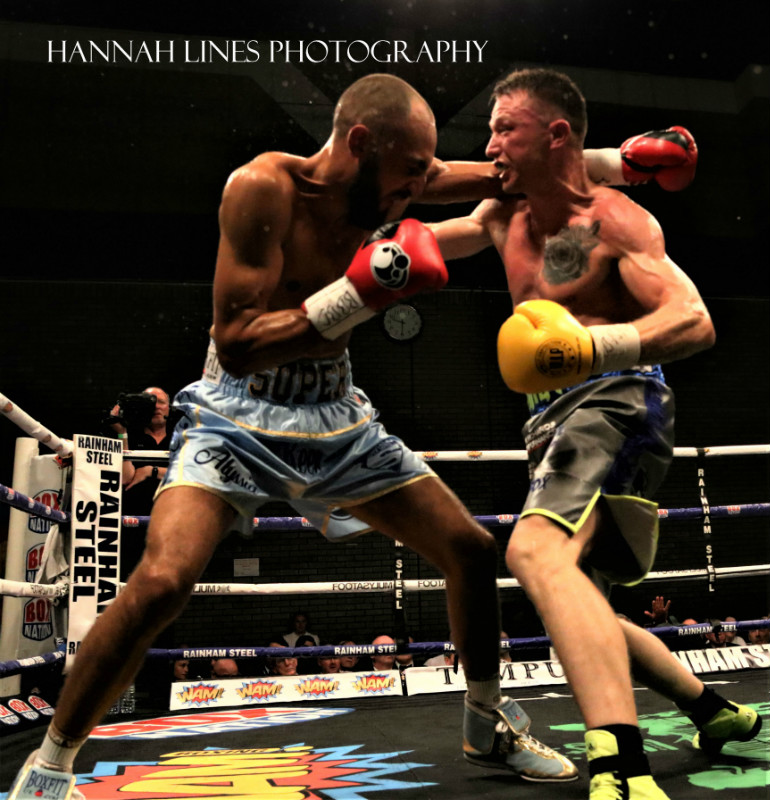 On Friday, June 2nd, Bradley Skeete (26-1,12KOs) faced his second defence of the BBBofC British Welterweight title at Brentwood Centre, Essex. His opponent, Shayne Singleton (23-2-1,8KOs), had a very promising start to his professional career and was unbeaten in his first twenty bouts. This changed when he met Sam Eggington (21-3,13KOs) in March 2015. Since then, Singleton has had a mixed bag of results, in his last five fights, before meeting Skeete on Friday.

Skeete has had great success since his loss to Frankie Gavin (25-3, 15KOs) back in November 2014. Frankie won on a unanimous decision that night and took the BBBofC Welterweight from Bradley and the then vacant Commonwealth (British Empire) Welterweight title.

Skeete went on to win the WBO European Welterweight title and has defended it four times since. However, it was when he faced Sam Eggington in March last year, that he was given the opportunity to reclaim the titles that he had previously lost to Frankie Gavin, after Eggington had taken them home in 2015. Skeete was victorious against Eggington after a unanimous decision was announced in his favour.

Since that loss to Gavin, Skeete has been on a winning streak having won his last seven bouts prior to Friday night. We went to the Brentwood centre to see if he could make it an eighth and the night certainly did not disappoint.

With a hesitant start from the champion, Singleton took the lead with a good right hand and continued to set a good work rate throughout the first round. In the Second the challenger continued along this way, but Skeete began to just start touching with that left jab, although not with any huge power behind it. Skeete seemed to be having difficulty in reaching the target, as Singleton’s defence stayed tight. Skeete finished the round with some of the sharper left jabs that he is known for.

In the third, Singleton was just starting to redden up around his left cheek, but he was still successfully landing some strong shots to Skeete. However, a great right hand from Skeete put Singleton down. Singleton had time to recover as the bell rang during the count.

In round four, Skeete seemed to have settled in to the fight, now he knew that he was capable of getting his opponent out of there. It was then Singleton who was hesitant to get in close with his opponent. Skeete then swiped down with two heavy right shots to Singleton and a third, seconds later, had him back down on the canvas. Singleton makes the count and as the two continued to fight, it looked like Skeete was about to finish the bout with a flurry of shots, but the bell rang just in time to save Singleton again.

As the two stepped out to the Fifth round, Skeete wasted no time in attacking his opponent. At least a dozen unanswered shots from Skeete had referee Marcus McDonnell step in and stop the fight at 13 seconds.

Bradley Skeete spoke to Box Nation in a ringside interview about people’s original perceptions of him – “I got criticised a lot at the beginning of my career for not having that killer instinct and that power to get them out of there”. The man we saw in the ring on Friday night was certainly a tougher version of his former self, however the gentlemanly side to Skeete was still prevalent when speaking to Box Nation about his plans for the future, with his daughter sat close by.

On Friday, he called out Dale Evans(13-3-2,4KOs) for his next fight and hopes to go onto bigger things once he secures that win. Skeete considers himself a “world class fighter” and I look forward to watching his career progress to the next level.