Charlie Duffield: “I Want To Be Fighting for Titles” 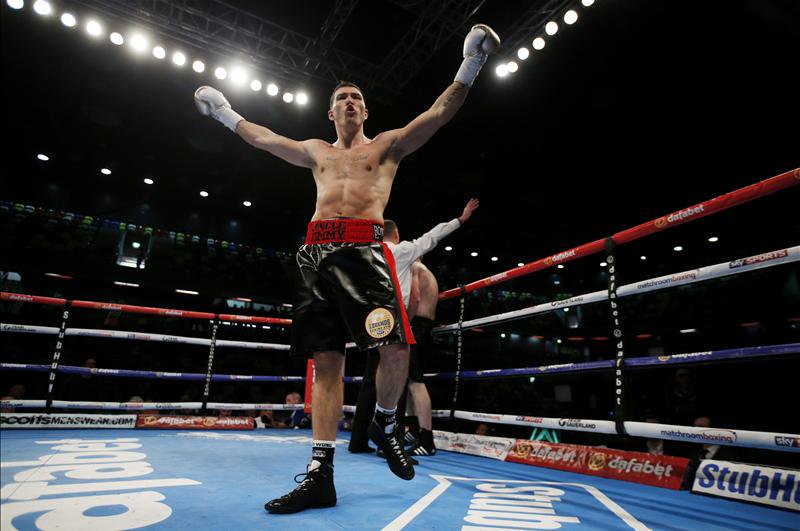 “And the referee has waived the fight off. Vladimir Indranyi, the traveller from Slovakia has raised his arms and he has administered a one-sided beating on the home man here. There is just no other way to say it. You look at Charlie Duffield’s face and it looks like he’s been run over.”

So, went the final denouement from the Box Nation commentary team as Charlie Duffield was battered to a sixth round stoppage defeat by his previously unheralded opponent. That it happened on a big fight night at the York Hall, on his television debut, and in the early throes of a three year promotional deal with Frank Warren, would be sufficient to break many. But, looking back on those events from more than two years ago the 30-year-old is eager to put the record straight.

He tells British Boxers “Put me back in the ring with him as the man I am now and I promise you I will knock him out. He wouldn’t last with me, I can promise you that.”

What the commentary team, those watching at ringside, or on television were not aware of was the private turmoil that Duffield was going through at the time of what remains his only professional defeat. A mental state that was so bad that he confides “Basically, it was my spirit and not me in the ring that night. It was like I was at home watching one of my mates fight on the television. That’s how bad I felt. I had been through a really hard time. I just wasn’t there and didn’t know what I was doing.”

“My older brother was an alcoholic and he kept trying to commit suicide. So, I was trying desperately to help him out. With all that was going on I didn’t spar for the whole five month camp; not one round. I was spending my time down the hospital until 3am in the morning leading up to the fight because my brother was on suicide watch. I was always backwards and forwards to the hospital and my head just wasn’t right.”

“I lost him in the end, just over a year ago now. The sad thing is that in my head and my heart I knew it was coming and it was hurting so much to know that. I put my boxing completely on the backburner.”

Despite clearly being in no mental condition and woefully lacking in technical preparation for the fight, Duffield felt a compulsion to still go through with it. He explains “Because I had sold 350 tickets, or something like that, I didn’t want to let my supporters down. But, there is no way I should have been there.”

After the Indranyi defeat he didn’t get a fight for the next 12 months and ultimately asked to be released from his contract with Warren. The request was subsequently granted, but that year of inactivity is something that Duffield feels has stalled his progress in the paid ranks.

“I came away early because I just didn’t feel like I was getting anywhere. Not fighting for so long was a massive setback for me. With that extra year I could have been fighting for a title by now. I only had two fights in the two years that I was signed with him.”

Duffield has already fought twice this year and improved his record to six wins from seven contests; with all of them being resolved within the distance. The last, a third round stoppage of Latvian Reinis Porozovs, was on the undercard of stalemate Dillian Whyte’s victory over former WBO world heavyweight champion Joseph Parker. It also featured the war -a contender for fight of the year- between Dereck Chisora and Carlos Takam. A PPV extravaganza at the O2 Arena that Duffield describes in animated fashion.

Highlights from Saturday for anyone that missed my fight, still buzzing!

Once again thanks to @MarkTibbsBoxing, @DillianWhyte, @EddieHearn & @MatchroomBoxing – what a show to be part of.