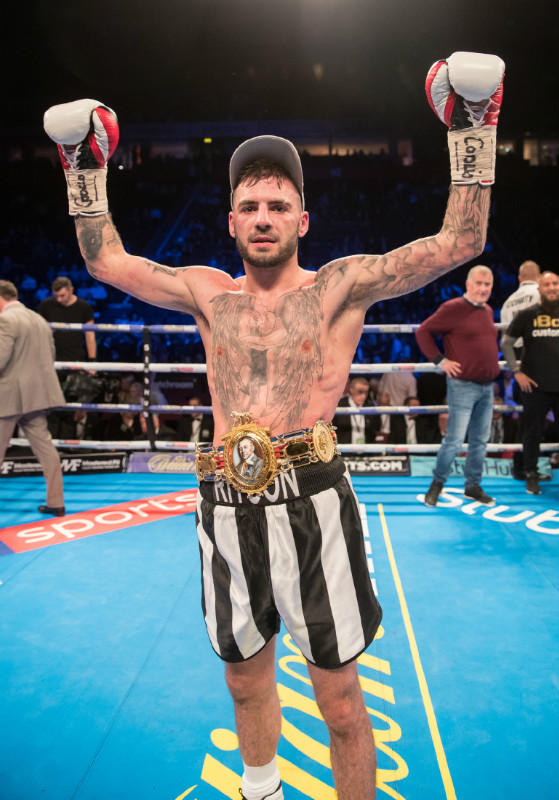 Newcastle’s Lewis Ritson (22-2-0) returns to his home city, this time facing off against Montenegro’s Dejan Zlaticanin (24-3-0) at super-lightweight this Friday at the Newcastle Arena. The bout will mark Ritson’s second fight since his tenth-round stoppage defeat to Jeramias Ponce in June 2021 as ‘the Sandman’ looks to regain momentum in his professional career following a difficult run where many believed he was comfortably outboxed by Mexico’s Miguel Vasquez at the end of 2020 before the surprise defeat to Argentina’s Ponce last year.

Zlaticanin will be no pushover however, having been competing at the highest level of the sport for a while now, notably defeating Scotland’s three-weight champion Ricky Burns in a split-decision in 2014 before he was stopped inside three rounds by former pound-for-pound star Mikey Garcia three years later. At this stage of his career, Ritson can ill afford another defeat if he is to continue to capture the imagination of the North-East fans, especially given the swarm of local talent coming through.

British super-welterweight champion Troy Williamson (17-0-1) is one example of said local talent as he seeks the first defence of his Lord Lonsdale belt in the chief support since picking it up with a tenth-round stoppage of Ted Cheeseman in October of last year. Mason Cartwright (17-2-1) will be the challenger this time around and the extent of the challenge he will direct in the way of Williamson is difficult to predict given the opposition faced so far, his standout win difficult to pin down. Domestic title clashes rarely disappoint however, especially in a division as stacked as 154lbs right now, and there’s no doubting that the local fans will be as loud as ever as the fight approaches the penultimate bout of the evening.

Talented featherweight Thomas Patrick-Ward (31-0-1) will hope to pass another hurdle as he continues to seek the landing of a big fight at 126lbs. Burkina Faso’s Alexis Boureima Kabore (29-5-0) will be in the opposing corner this time around, previously sharing a ring with the likes of Archie Sharp and Rey Vargas respectively, losing to both.

Further down the card, the highly anticipated professional debut of Tokyo 2020 Olympic silver medallist Pat McCormack will finally take place this Friday over six rounds as he looks to replicate his amateur success into the professional code. Making up one half of the highly rated McCormack brothers from Sunderland, Luke making his debut a few weeks later in Liverpool, Pat faces Nicaragua’s Danny Mendoza (6-7-0) in what he will hope to be the first of many professional victories. Another hotly tipped prospect from the North-East in Mark Dickinson (2-0-0) will also runout as he seeks his third professional victory at super-middleweight against Peter Kramer (11-4-3) of Hungary. Popular 140lber Joe Laws (12-1-0) will also fight again in front of his adoring home fans, the opponent and length of the bout yet to be confirmed at the time of writing. Zimbabwe-born super-flyweight Joe Maphosa (11-1-0) is set to contest, the opponent and length of the bout again still to be confirmed. The same can be said of another debutant in Ben Rees.