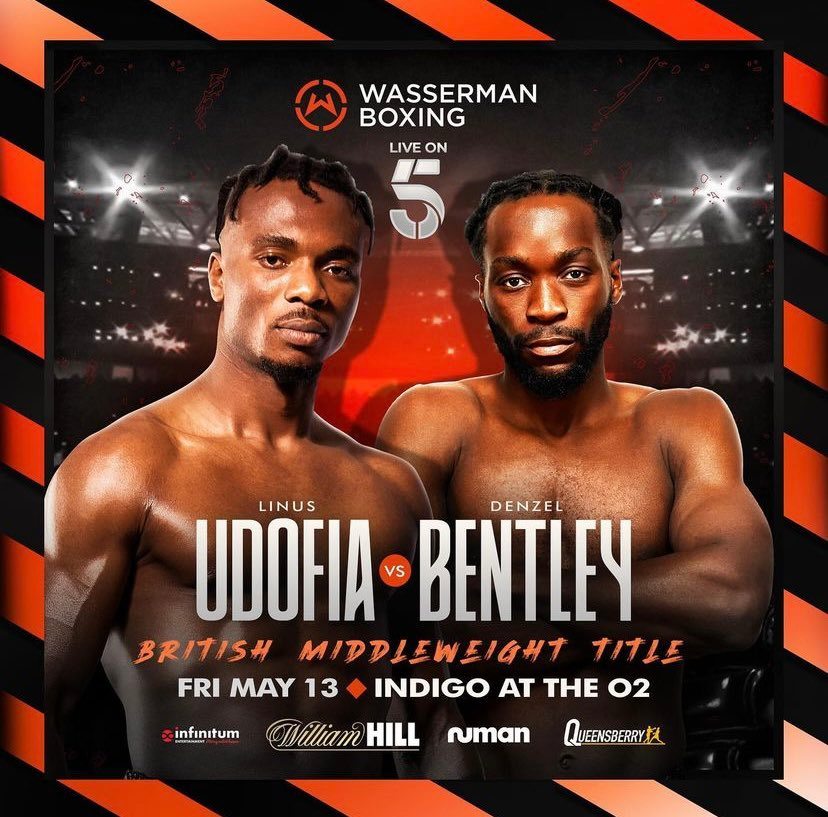 Wasserman Boxing have today announced that Sunderland welterweight Josh Kelly (10-1-1) will return to the ring on May 13th at Indigo at the O2, his first fight in fifteen months since he was stopped inside six by David Avanesyan last February. The opponent for Kelly is yet to be announced at the time of writing, although Boxrec does have the bout listed as being scheduled for ten rounds. Kelly left Matchroom Boxing to team up with the Sauerland brothers under their newly formed partnership with Wasserman, and will look to get his career back on track on the 13th as he seeks to replicate his success as an amateur in the professional code.

The vacant British Middleweight title will also be on the line in a mouth-watering domestic clash between Luton’s Linus Udofia (17-0-0) and Battersea’s Denzel Bentley (15-1-1). Udofia is so far undefeated as a pro, picking up the English title at 160lbs in 2019 against Tyler Denny, and will be more than eager to add the British to what will be an impressive collection in just his eighteenth fight. Bentley meanwhile has already held the Lord Lonsdale belt in the past, and stopped Sam Evans inside three in November in his first fight since defeat to Felix Cash seven months previous whereby he surrendered the British in a bout which also had Cash’s Commonwealth title on the line. Credit to Bentley for jumping back in at the deep end, taking no time to rebuild as he seeks to re-affirm himself as the number one middleweight domestically in a division that is becoming increasingly stacked by the week. Udofia meanwhile will be hoping to make his first real dent at 160lbs as he too looks to leave an impression in 2022.

Super-lightweight Harlem Eubank (13-0-0) is slated to face-off against Birkenhead’s Sean ‘Masher’ Dodd (17-6-1) as the former edges closer to landing a big fight at the back end of 2022. Eubank put on a superb performance last time out, retiring Viorel Simion inside five rounds in Cardiff. Dodd meanwhile last competed in BOXXER’s super-lightweight series tournament in November, losing to eventual winner Cori Gibbs at the quarter-final stage. The bout will take place over ten rounds.

Further down the card, former Southern Area middleweight champion Brad Pauls (15-0-0) will face Ryan Kelly (16-3-0) over ten rounds as both seek to continue their climb up the domestic ranks towards more domestic titles in the near future.