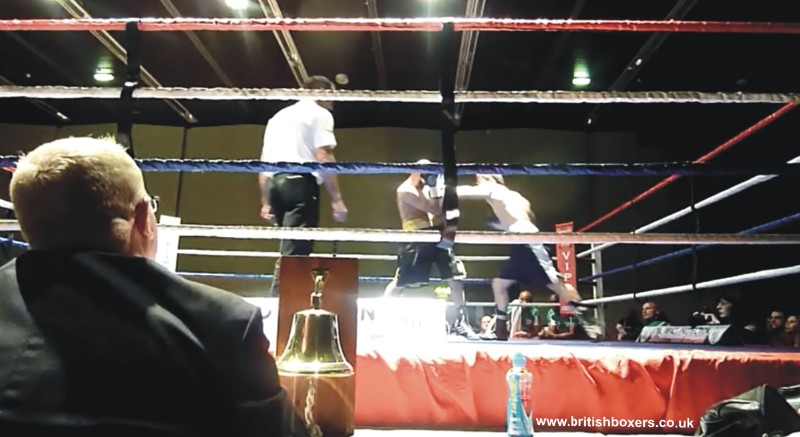 Paul Thomas: Can the standard of judging be improved?

It’s been a couple of weeks or more since the Ricky Burns v Raymundo Beltran W.B.O. title fight and that appalling drawn decision which was given.  Like all the so called “bad” decisions of the past, this one is probably already beginning to fade from our memory, until that is the next “bad” one comes along.

It’s now time, overdue in my opinion, for boxing’s authority’s ie. W.B.O ,W.B.A, I.B.F, W.B.C. and the British Boxing of Control to get their heads togetherand to try to improve the standard of judging.  They should all get together,  have a debate, listen to ideas etc. but not just sit back  with a shrug of their shoulders and say “well, that’s boxing, “bad” calls happen now and then”.  Sure they do and of course they will happen again. Unfortunately, they can’t be stopped but maybe, just maybe standards can be improved.

Getting back to the Burns v Beltran fight, an excellent and exciting contest, how on earth did Carlos Ortiz see it the way he did 115-112 for Burns?Then last week-end we get a judge seeing theMayweather v Alvarez as a draw.  I hope those two judges are never chosen to officiate the same fight.

So ok, let me toss a couple of suggestions about and please let me know  if you readers of BB also have any ideas.

I would like to see only British officials handling “World” title fights here in the UK.  The reason being is that in the case of the referee making a controversial decision or a judge handing in a type of score that Ortiz did (Burns/Beltran), then theBBBofC could make an in depth investigation on how they reached their decision.   This would help to make the officials accountable for their action.  As it is now, the foreign officials  leave for home the very next day and do not have to give their explanation on how they reached their verdict

You may ask, would champions come here to risk their title knowing they would have 3 British judges.  I’m pretty sure they would, after all years ago we had the likes of real champions,  such as  Archie Moore, Ray Robinson, Joe Brown,  Bob Foster, Vicente Saldivar, and of course Ali who all defended here with a scoring British referee only.  If they trusted a British official  back then, why would’ntthey trust three British officials now.

Another way, would be to hold a sort of “ critique” immediately after the fight with all four officials giving their explanations for their actions etc to the World body’s supervisor,and to  the BBBofC  chief inspector.  If officials were made to feel that they are being monitored and their work was beinganalysed,it would help to raise their concentration levels.

Each year the main World bodies, W.B.O, WB.A, I.B.F., and the W.B.C, should exchange reports on how officials have performed during that past year,and suspend anyone who have performed poorly over the previous 12 months.

Finally I would like to see those  four main “bodies” pay the fees and all  expences to the officials, and not leave it for the promoters to pay.  It looks more correct.