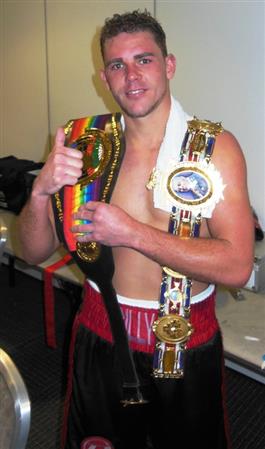 Unbeaten British and Commonwealth middleweight champion Billy Joe Saunders added the European belt to that collection after stopping the also previously unbeaten Italian Emanuele Blandamura at 2:58 of the 8th round in a competitive fight to that point, before Saunders pulled off the stunning finish.

Saunders has cleaned up domestically and is now ready to make his move on the world stage but after the fight he was clear when he took the microphone to call out Chris Eubank Jnr, who earlier in the evening had said he would finish Saunders in 6-rounds, going on to call him out to fight and also Gary O’Sullivan, Frank Buglioni and Steve Collins Jr adding they have disrespected him!

Saunders doesn’t need the fight against Eubank, it’s a fight down the line for sure but it’s a fight he says the fans want, and he is right, believe that fight will sell and make the pair a few bob with no world title on the line but what beats a good all British clash for the British, Commonwealth and European title? It would be like old times classic all British match-ups, dare we mention the Benn-Eubank days! And the loser can come again the winner

Chris Eubank Jr blasted out his latest victim with a brutal display of power, speed and viciousness, stopping Croatian Ivan Jukic in the 1st round. Eubank felt his way into the fight for a minute and then exploded on his worried looking prey who crumbled under what could only be described has an assault. Make no mistake Eubanks Jnr. is the real deal! A step up in class is needed to rubber stamp any brave predictions but this kid looks to have everything be good to see him in with a live opponent though so the jury is still out for now.

At light-middleweight Liam “The Machine” Williams won a light-middleweight title eliminator with an impressive stoppage of Ronnie Heffron after Heffron’s corner pulled him out after 6-tough rounds for the Oldham man, who was cut and continuously stunned with big shots from Williams throughout.

Williams is now set to face champion Liam Smith who defended his British light-middleweight title with a 6th round stoppage over Jason Welborn on the show. Smith having his first fight for seven month through an hand injury looked good when he shook off the ring rust and broke down the brave Welborn.

Terry ‘Turbo’ Flanagan became the British lightweight champion on Saturday night at the Phones 4U Arena in his home city of Manchester when he stopped former champion Martin Gethin at the end of the 7th round. Gethin was pulled out by his corner after the fighter had suffered a swelling to his right ear and Flanagan s big left hooks left him in excruciating pain every-time they landed. Read more on Flanagan’s win here…