Around and About with Tommy Dix: Awards for Merseyside Clubs 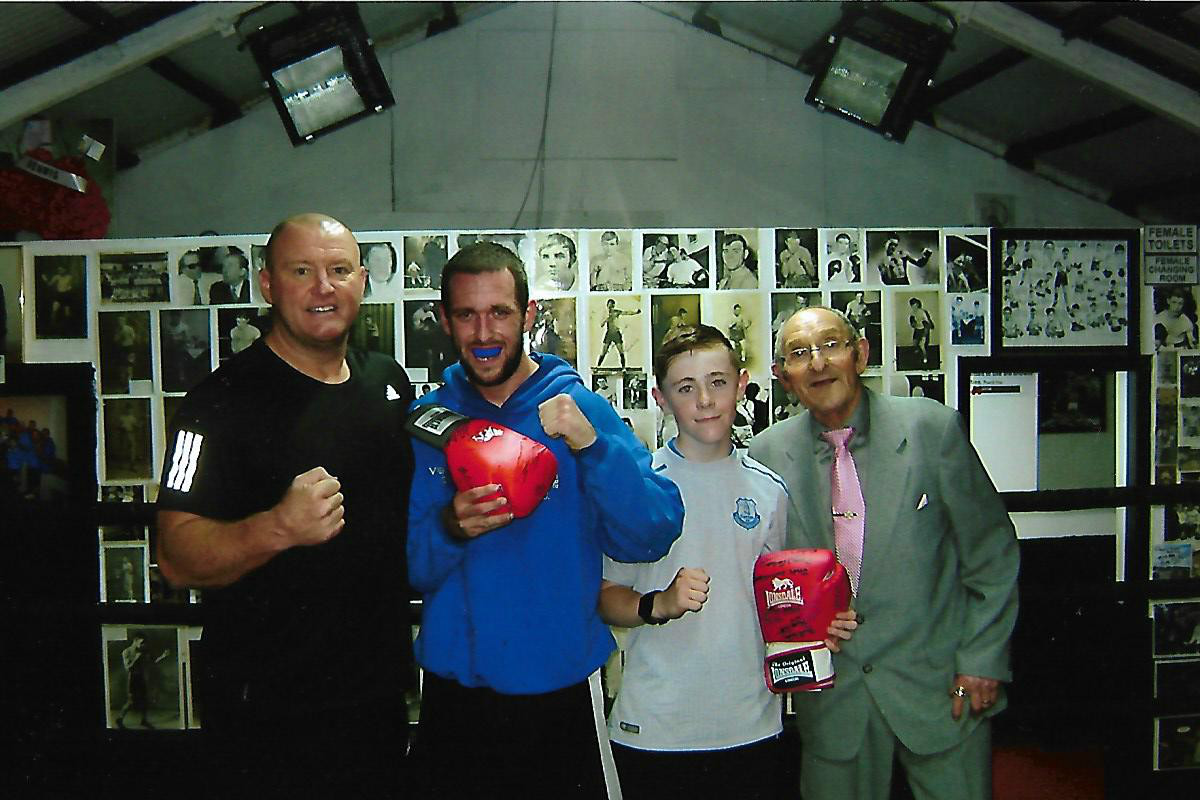 With the new season just starting Birkenhead’s Venture are looking forward to hopefully a season that can surpass the last one.

The members have been ticking over in the gym and now the real work has started.

On behalf of the club I must thank the wonderful people in boxing who have signed gloves etc for the members of the club in recognition of their achievements.

Chloe Watson and Caitin Lane Smith both won national titles and my great friend and manager of that wonderful lady boxer, Katie Taylor, arranged for both Chloe and Caitlin to receive signed gloves.

Then my old friend from the Munro / Hyland day, Billy Moran, made arrangements with the boys in Tony Sims’ gym to sign a glove for Ray Boyer who was Club Man of the Year. Ray will go anywhere to box and has the heart of a lion. My thanks go to Ricky Burns, O’Hara Davies, Joe Cordina, Ted Cheesman, Felix Cash, Martin Ward and Connor Benn for signing this glove.

These awards mean such alot to these young boxers. It’s wonderful to see Chloe Watson training back in the gym after winning the gold medal in the Commowealth Youth Championships and her success is definitely rubbing off on the youngsters in the gym.

Another glove was signed by the boxers and Junior Witter at the first Black Flash Promotion at the Fusion Night Club. This was arranged by my great friend, the unefeated British and European Light Welter Champion, that marvellous ringmaster Pat ‘Black Flash’ Barrett. This glove will be given to the best boxer at the next Venture A.B.C show.

All the stops were pulled out by Wayne Smith and the Gloves’ hard working committee.

There was a wonderful atmosphere and a virtual capacity house not just for the presentations but for the entertainment which was worthy of top class billing anywhere.Many years ago the first proper boxing club that I belonged to the Relience A.B.C., the head trainer, Fred Pickering said a good club is like a family. How true those words are today as I first came into contact with anyone from the Golden Gloves in 1959 when I was in the same dressing room on a Maple Leaf show in Bootle. The young boxers name was Ungi and the Ungi famiily are still involved in the club.

With fifteen development boxers, twelve junior boxers and ten seniors, competition was really top class for the awards and much thought went into who got what.

Most improved Junior went to Hussain Salem and finally Josh Dodd won the award for loyalty and dedication to the club.

The Golden Gloves also hold monthly shows at the Fusion Night Club so there is no lack of action for the members.

Receiving a special lifetime achievement award was professional boxer Marcel Braithwaite (pictured above). Braithwaite is in good company too. Last year club prodigy Anthony Fowler picked up the accolade and Marcel was visibly shocked and honoured to receive it this year. The award celebrates the fact that Marcel, nicknamed ‘The Chosen One’ started boxing at the Golden Gloves as a boy. He won numerous amateur boxing titles, represented the club impeccably, also boxing for England and has now gone on to turn professional with the same gym he started out at. A very rare thing these days, but one the boy was rightly awarded and acknowledged for and well deserved.

Boxing not only teaches a boy and girl how to look after themselves but it also gives them discipline and helps to mould their character and with the training team and helpers at Liverpool’s Golden Gloves the members are in good hands it’s as Sugar Gibilru said – ‘we are putting something back in’.