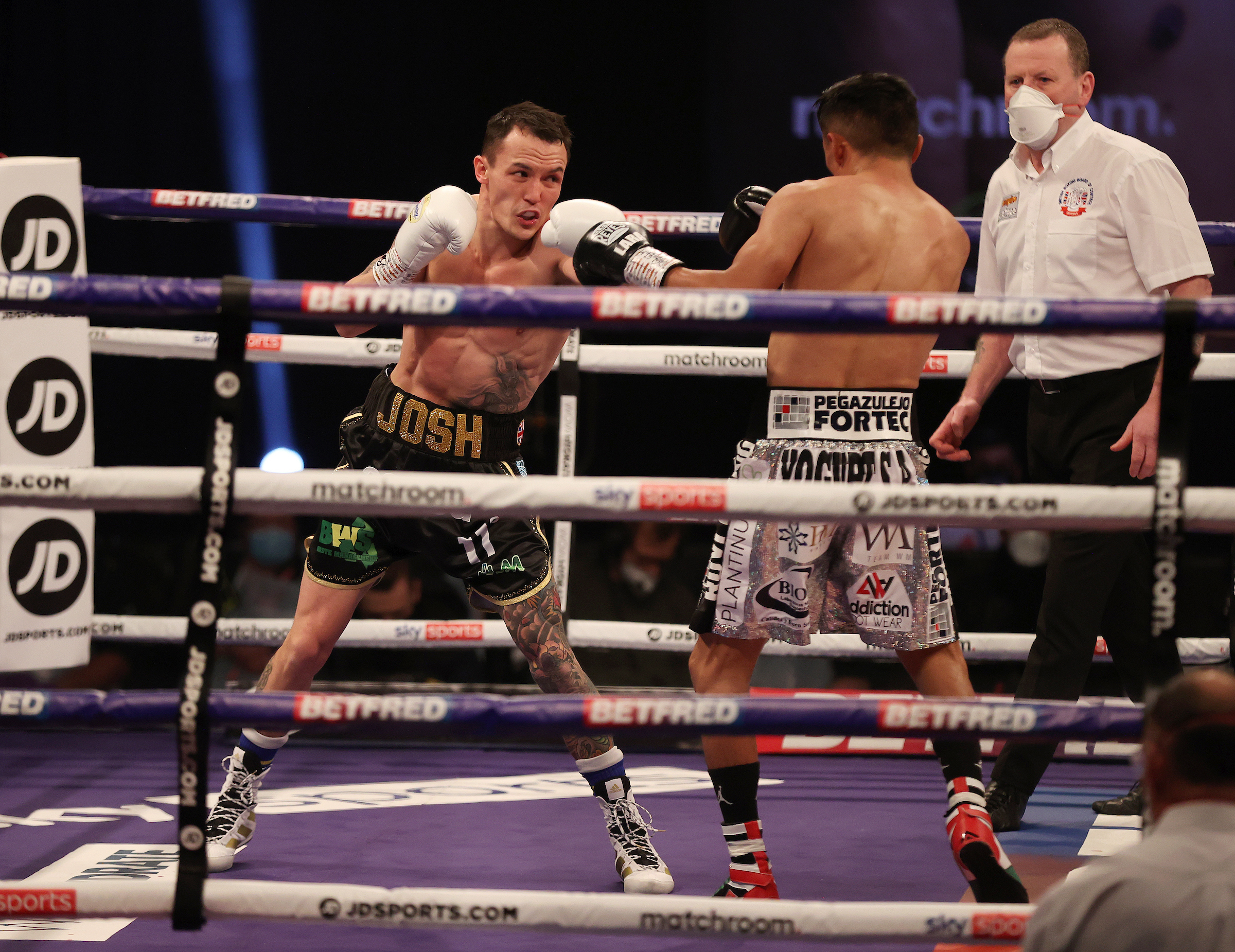 After a 62 day hiatus, British boxing returned to leave fans stunned as Mauricio Lara caused a monumental upset against the man widely regarded as the top featherweight in the world, Josh Warrington.

Warrington looked sluggish from the outset, coming off second best in many of the exchanges and never really finding his feet in the bout.

The crisis deepened immensely for the Leeds hero in round four, as Lara leathered home a plethora of powerful shots, downing the former IBF world champion, who appeared on the brink of being stopped as he staggered to survival.

The Mexican let Warrington off the hook and allowed him to remain in the fight, slowing down the onslaught slightly in round five.

Nonetheless, Warrington, who complained of shoulder pain in between rounds, never seemed to fully recover as he hung in there on unsteady legs, receiving a myriad of powerful punches from the game Lara.

The beating finally caught up to Warrington in round nine, as his weariness became overwhelming and a heavy left hook sent him to the deck for the final time.

On what was a devastating night for Warrington, he displayed the heart and toughness that have enabled to him get to where he has in the sport and will no doubt take him back to the top.

Following the bout, the officiating was questioned by Sky pundit and former world champion, Johnny Nelson, who emphasised his belief that it was a bad night for the BBBoC, agreeing with Adam Booth that the fight should have been halted in round four.

A rematch seems inevitable between Zelfa Barrett and Kiko Martinez, after Barrett was awarded a wide decision following a gruelling 12 round battle that went back and forth.

Barrett began at lightening speed firing to head and body from the back foot, looking to pick off the experienced Spaniard.

Martinez’s first moment of success came at the end of the second session via a thudding right hand that pushed Barrett back into the ropes.

Once the door opened for Martinez, he continued to pursue Barrett with relentless pressure, limiting the success of the Mancunian with his wily defensive capabilities.

As the fight edged into the second half, the success of Barrett increased, however, Martinez’s energy and persistence never wilted as the rounds became closer.

A cut above the eye of Barrett inflamed the pace of Martinez as he rolled back the years and affirmed his calibre, even at 34.

Barrett produced moments of brilliance but failed to stamp his authority on the bout, until the ninth when he met fire with fire and connected with a blistering left hook counter, before unloading a big right hand.

The exchanges were amped up as the fight entered the championship rounds, with both firing heavy leather to conclude a close scrap.

In a deeply exciting battle, Leigh Wood captured the British title with a ninth-round stoppage of Doncaster’s Reece Mould.

Paying homage to the late great Nicky Booth, Wood entered the ring to 1Smooth’s former entrance music, someone who Wood emphasised throughout the week is a huge source of inspiration for him.

As both battled for dominance in the opening two rounds, Mould found a breakthrough in the third as marched forward and dug home damaging punches to Wood, who appeared hurt.

Nonetheless, in round four the tables were turned as Wood called upon his full arsenal of shots and elevated the welting on his opponent’s face, before forcing him to hit the canvas with a vicious uppercut.

Credit to the toughness of Mould, he recovered well and once again stepped forward with his left hook seeking to unsettle the flashy Wood.

Following a cut to the eye, Wood showcased his composure and versatility as he switched to southpaw, heightening protection of his cut and quickly providing an opportunity to land his stinging left hand.

Wood remained poised, executing a snappy left hand to send Mould to the deck for the second time in the bout. Sensing blood in the water, Wood produced a venomous flurry of shots to force the stoppage and land the British title.

Heavy-handed Dalton Smith pummelled Birmingham’s Ishmael Ellis into retirement at the culmination of the third round.

The undefeated Sheffield fighter imposed his authority on the bout from the outset – taking the centre of the ring and powering home forceful shots.

By the second round, Ellis had fully retreated into survival mode with Smith teeing off on the tough Birmingham man.

In his seventh consecutive win, Smith secured his sixth stoppage victory as he once again underlined why many are tipping him to excel as one of the UK’s top talents.

The highly-rated Hopey Price was victorious over Nicaragua’s Daniel Mendoza at super-bantamweight, extending his undefeated record to 4-0 as he continues to master his craft.

At just 20-years-old, Price showed real maturity in utilising his lead hand and rapid footwork to dictate the affair and halt the progress of the substantially smaller and more aggressive Mendoza.

The skill and pedigree of Price were evident as he won every round against the more-experienced South American.

Ricky Hatton charge, Ibrahim Nadim produced a career-best performance as he outpointed the tough Jonny Phillips in the opening bout of the evening.

After a cagey start, the less-experienced Nadim remained composed and picked his shots perfectly as he dominated the clash.

A game and energetic Phillips was tamed by Nadim, as he peppered him with sharp accurate right hands, which were normally followed by snappy combinations.

A decorated amateur, the win was Nadim’s third in the paid ranks and his significantly most impressive as he was given the verdict by a score of 60-55.